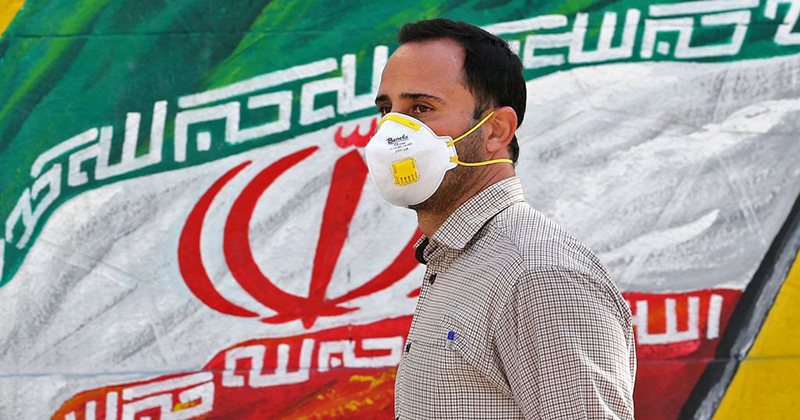 Suggests US unleashed virus against China and Iran

An Iranian military leader has suggested that the coronavirus is not a naturally occurring disease, and that it is a manmade bioweapon cultivated and released against China and Iran by a ‘hostile state’.

Brigadier General Gholam Reza Jalali, an Iranian officer in charge of the country’s Civil Defense Organization claimed Tuesday that “A study of the consequences of the virus in terms of tolls or the extent of the epidemic and the type of media propaganda over this issue that is aimed at increasing fear and panic among people strengthens the speculations that a biological attack has been launched against China and Iran with economic goals.”

Strongly hinting that the the virus is a bio-attack by the US, Jalali told Iranian Fars News Agency, state media, that he is seeking “laboratorial investigations and comparing the genome of the primary virus and the new genomes” to confirm his theory.

Iran has been accused of covering up the real extent of the outbreak within its borders. At time of writing it has officially recorded only 92 deaths from 2,922 cases, but those numbers are significantly lower than what independent reports and claims from dissident groups within the country suggest. The real number of deaths is thought to be in the high hundreds or thousands.

Videos uploaded to YouTube by the dissident groups purport to show people collapsing in the streets of Tehran from the effects of the virus, and are reminiscent of previous videos from China:

The BBC published footage that is said to be from Iran, showing hundreds of bodies in bags at a local morgue in Qom. Mideast-based correspondent Joyce Karam commented that “If these are confirmed to be from Corona as videos claim, death toll is higher than the government claims.”

Horrific thread of BBC obtained Videos from #Iran shows bagged bodies in Qom from moment of death till burial.

If these are confirmed to be from Corona as videos claim, death toll is higher than Gov. claims (77): pic.twitter.com/vxmTren3Lt

A new video with translation, a dire situation in Iran (Video by @HeshmatAlavi), Translated by my friend, an Iranian journalist, can’t publish journalist’s name due to concerns for safety of her family in Iran. There’s no freedom of press in that country. pic.twitter.com/bHqUZQqLwR

Iranian dictator Ayatollah Khamenei issued a statement Tuesday urging that the “jihad” against coronavirus is proving successful, and that the outbreak “is not such a big tragedy.”

“I don’t want to say it’s unimportant, but let’s not exaggerate it either. The Coronavirus will affect the country briefly & leave. But the experience it brings, and the actions of the people & the govt sectors, are like a public exercise that will remain as an achievement,” Khamenei said.

The idea that the virus originated in a lab has been a talking point ever since the outbreak started, with some US officials and western biological experts expressing concern that coronavirus may be a Chinese bio-weapon.

Mike Adams joins Alex Jones live via Skype to confirm that the coronavirus is a bioweapon released by the Chinese Communist government to destroy the United States’ economy.

One US official who hasn’t shied away from probing the bio-weapon angle is Arkansas Sen. Tom Cotton, who has stated several times that Beijing needs to address the questions, and that the “burden of proof” is on “the communists” to explain where the virus came from.

[email protected], here’s what’s not a conspiracy, not a theory:

Cotton has noted that “Wuhan has China’s only biosafety level 4 super laboratory that works with the worlds most deadly pathogens that include the coronavirus.”

Fact: super-lab is just a few miles from that market

Where did it start? We don’t know. But burden of proof is on you & fellow communists. Open up now to competent international scientists.

Other officials, such as senior White House advisor Peter Navarro have admitted that they are not ruling out any possibilities:

Coronavirus could have started in a weapons lab.. wow pic.twitter.com/Up9PSgeAKz

Senator Cotton: China’s Actions Deliberately Malevolent; Their Scientists Shouldn’t Be Allowed To Study In US