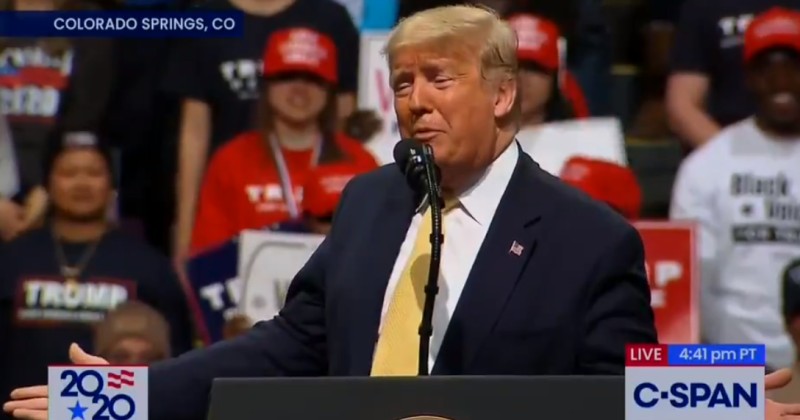 President Trump went off last night on the Oscars for giving its top prize to a foreign movie.

During a speech to a crowd in Colorado Springs, Colorado, Trump asked why an American film wasn’t given the award.

“By the way, how bad were the Academy Awards this year — did you see?” he asked. “‘And the winner is a movie from South Korea’ — what the hell was that all about? We got enough problems with South Korea with trade. On top of it, they give them the best movie of the year? Was it good? I don’t know.”

Trump goes off on the Oscars for giving Best Picture to Parasite because it's a South Korean movie pic.twitter.com/GUGKdExTbw

The president was referring to Parasite, a South Korean black comedy thriller.

The president also said he was never a fan of Brad Pitt, who used his speech at the Oscars to attack Trump over the impeachment process.

As we highlighted yesterday, if you thought Hollywood wasn’t ‘woke’ enough, it’s about to get a whole lot more politically correct.

Major Hollywood studios are set to use a new tool that scans movie & TV scripts and flags up any examples where “diversity” is not portrayed positively or “gender roles” are not adequately represented.

The tool bears some hallmarks to Soviet realism, where every piece of art had to mimic the criteria of a prescribed style in order to “educate citizens on how to be the perfect Soviets” and “limit popular culture to a specific, highly regulated faction of emotional expression that promoted Soviet ideals.”