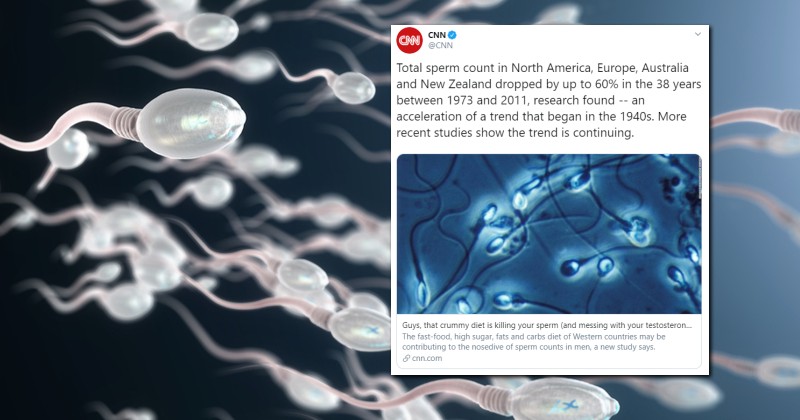 CNN has published an article asking why testosterone and sperm counts are plummeting across Europe and North America, saying that if sperm was an animal it might be “heading toward extinction in western nations.”

The article highlights how “Total sperm count in North America, Europe, Australia and New Zealand dropped by up to 60% in the 38 years between 1973 and 2011” and that more recent research shows the trend is continuing.

The article links the fall to diets made up of fatty and processed foods, but admits “no one knows for sure” the reason and that it could also be connected with “radiation, air pollution and chemicals in our food, clothes and water.”

The article opens with, “If sperm was an animal, science might worry that it’s heading toward extinction in Western nations,” a line which if it was uttered by a right-winger would be taken by many in the media as a dog whistle for white supremacy.

Total sperm count in North America, Europe, Australia and New Zealand dropped by up to 60% in the 38 years between 1973 and 2011, research found — an acceleration of a trend that began in the 1940s. More recent studies show the trend is continuing. https://t.co/hNshyjwArC

Despite admitting that sperm counts and testosterone are plummeting and that fertility rates amongst white women in the west are also on the slide, anyone who talks about the demographic decline of white people is automatically branded a racist.

For an added layer of irony, consider the fact that just a few days ago, CNN celebrated “the benefits of being single,” something that certainly isn’t going to encourage people in the west to have more children.

Despite Mandates, Biden Commerce Secretary Claims “Nobody Is Being Forced” To Take COVID Vaccine

“There’s always been a choice: If you do not want to get vaccinated, you can work from home, shop online.” 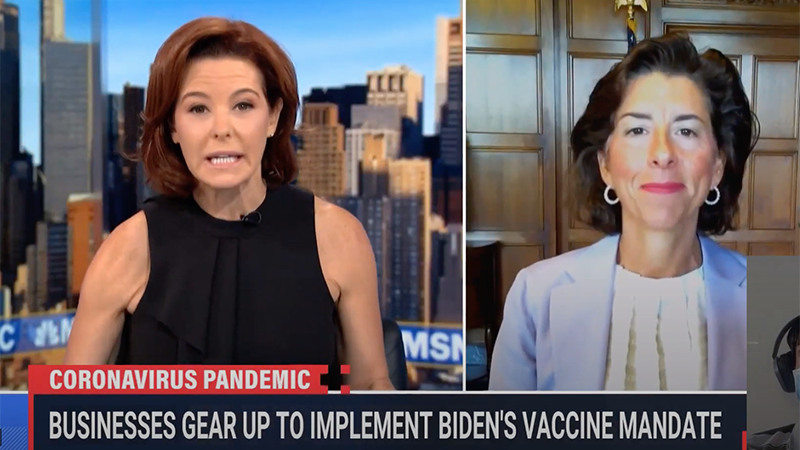 “This is what we’ve got to do to go back to normal.” 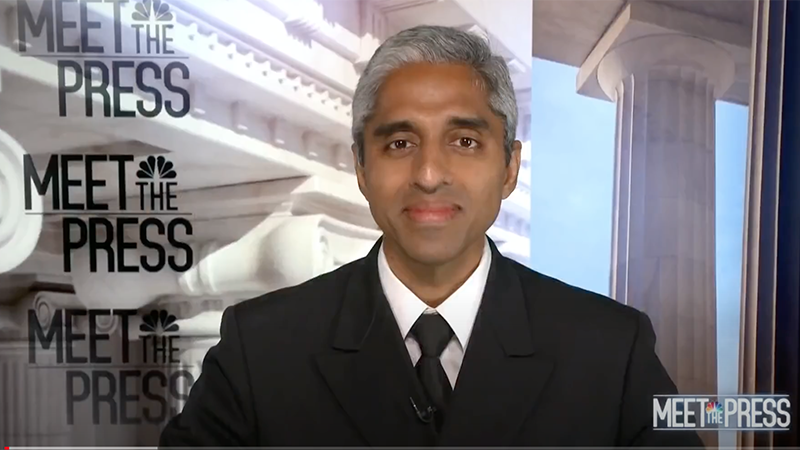 Meet The Press host Chuck Todd asked Murthy why Biden has flip flopped on vaccine mandates after previously saying the government shouldn’t get involved in such policies.

Murthy pulled out the stock answer, “from the beginning the president and all of us have said we’ve got to use every lever we have in order to fight this pandemic. And that’s what you see happening right now.”

Murthy added that the coming months would see the Biden adminstration “expanding the vaccination effort through a combination of mandates and access.”

When Todd noted that “some people take the mandate as not a moment of unity, but as sort of a divisive weapon,” Murthy replied “I’d say, Chuck, that the requirements for vaccination are part of a long tradition that we have in this country of taking steps as a collective to keep people safe.”

He reiterated, “we have a tradition in our country, Chuck, of taking steps, you know, as a collective to protect the broader community. And that’s what these requirements represent.”

In a further appearance on CNN, Murthy claimed that many businesses are “relieved” that Biden has placed mandates on them to get employees vaccinated, adding “this is what we’ve got to do to go back to normal.”

Video: MSNBC Host Claims COVID Is Like A 9/11 Death Toll “Every Two Days” 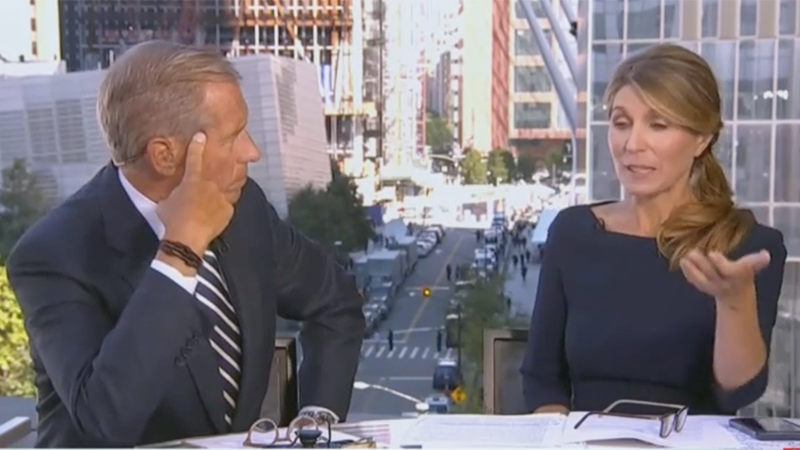 In remarkably ill thought out comments, MSNBC Nicolle Wallace claimed during the network’s coverage of the 20th anniversary of the 9/11 attacks that the current COVID situation in America is like a 9/11 happening “every two days.”

In cringe anchor small talk, fake news originator Brian Williams asked Wallace “Are you ever struck by the thought that on the 40th, 50th anniversary we will look back, perhaps, at some of these pictures and be reminded, oh, yeah, that’s when we were all wearing masks?”

Williams added, “That’s when even our presidents and former presidents had to wear masks in public because of our uncontrolled pandemic in 2021?”

Wallace then responded, “I think there are so many parallels to how much more difficult it is to do any of the things that anyone who has spoken today has done, to call the country to a higher purpose.”

Shamelessly using 9/11 to defend Joe Biden’s vaccine mandates, Wallace then said “You’ve got politicians and prominent folks in the media outraged by steps that a president, not too many presidents after the one we heard from today, would try to save his country from an unthinkable death toll.”

Wallace then declared that “As many people die every two days as died on September 11 in this country, who don’t have to die.”

Is Wallace getting her numbers from Stephen King?