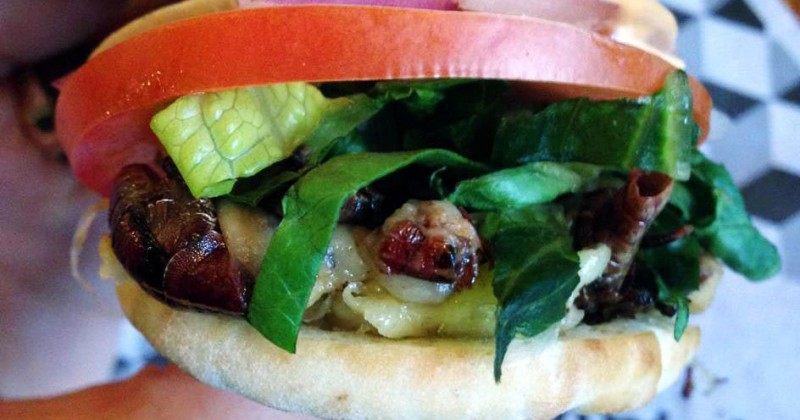 After failing to convince consumers to buy worm burgers, a Norwegian grocery chain is trying to market burgers made from ground up crickets.

Supermarket Meny scrapped the idea of worm burgers after insufficient demand but seem convinced that they can stir up enthusiasm for people to chomp down on insects.

“It is difficult to see whether Norwegian consumers are more open to insects in a burger than bread, but the link to testing alternative protein sources, such as insects, is probably more closely linked to a burger,” communications manager of Meny, Nina Horn Hynne, told E24.

According to the article, office staff at Meny were asked to try the cricket burger and they found it very appetizing.

“It tastes good,” says one employee. “Crunchy but with a little unusual taste.”

Thomas Rognstad, chairman of Urban Food in Norway, said the burgers, which are made by grounding down the crickets and adding flour, were easy to produce because crickets don’t need much space, water or food and they contain 60 per cent protein.

Judging by some of the respondents to the article, the cricket burgers are probably going to be as unpopular as the worm burgers.

“There no chance in hell I would eat this,” said one.

“No boycott is needed because there won’t even be any sale,” added another.

However, when cricket burgers were launched at a Mexican restaurant in Soho, New York, they were apparently a “surprise hit.”

Eating bugs has been heavily promoted by cultural institutions and the media over the past year because people are being readied to accept drastically lower standards of living under disastrous global ‘Green New Deal’ programs that will make normal meat production vastly more expensive.

The Truth About Bill Gates

Our planetary savior has arrived.

Bill Gates owns 4 private jets and a collection of Porsches which are kept in his 66,000 square foot mansion.

He says beef farming is killing the planet while buying up record amounts of farmland.

A study found him to be a CO2 super-emitter.

But he says YOU need to make sacrifices for zero carbon!

Stay home to save the planet or you’re a “science denier”!

“Anyone else want to answer that question?” 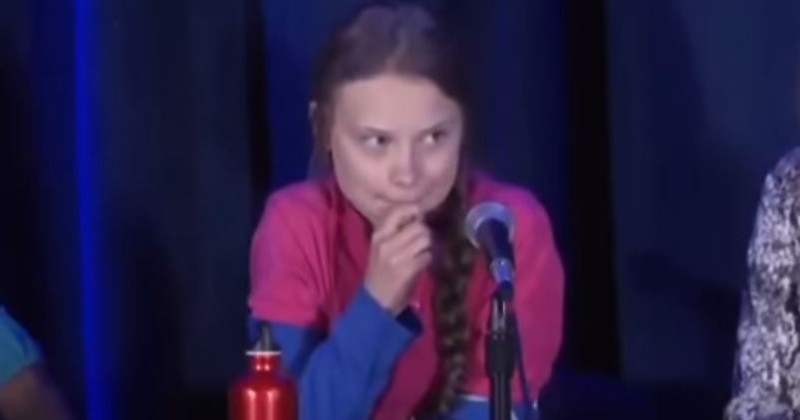 Observers were shocked at a now viral video that shows environmental activist Greta Thunberg being unable to answer a basic question without a script.

Thunberg has been lauded by the media establishment for her thunderous speeches denouncing world leaders who don’t take climate change seriously enough.

However, when the teenage campaigner was asked a question on that very subject, her response, or lack thereof, was remarkable.

After a long pause, Thunberg said, “Erm, I think…I’m sorry what was the first question?”

After the journalist repeated the question, Thunberg responded, “I think what we want to send…the message we want to send is to say that we have had enough and erm…”

Thunberg then looks to the woman sitting to her left before stating, “Anyone else want to answer that question? I can’t speak on behalf of everyone.”

The journalist then asks Thunberg the same basic question again, to which she responds, “I think maybe you should give some questions to the others as well.”

Thunberg’s performance was a complete 180 from the forcefulness of her usual scripted remarks.

As the Daily Mail previously reported, Thunberg’s rise to popularity was a carefully orchestrated public relations campaign, with many suspecting that her mother, also an environmental activist, is the real brains behind the operation.

“She’s a little kid, what do you expect? If what they have doing with Biden is elder abuse, this must be child abuse,” writes Dave Blount. “Everything leftists present to us is a sham.”