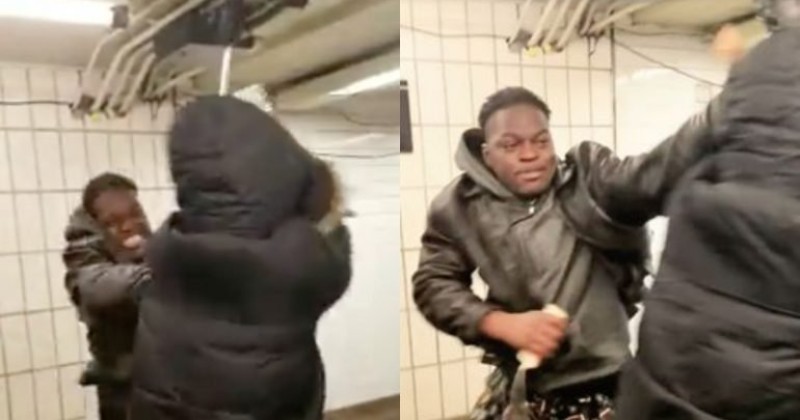 A Chinese woman in New York was racially attacked for wearing a face mask, but despite numerous warnings about the coronavirus provoking racism, the media hasn’t covered the story.

The incident occurred in Chinatown at Manhattan’s Grand Street station when the woman was approached by a black man who called her a “diseased bitch,” according to NextShark.

A Facebook user identifying herself as Gin who filmed the confrontation said the man then hit the woman repeatedly on the head before fleeing (probably not a wise move if she actually had coronavirus).

When the woman tried to retaliate, the man hit her with an umbrella.

“No one stepped in as she was getting beaten with an umbrella until I pulled him off. He ran out of the station shortly after,” said Gin. “I truly believe that wearing a mask in NYC right now marks you as a target. So please be careful, and stand up for your friends.”

After receiving threatening messages via Facebook, the woman subsequently removed the video and asserted that it was “NOT an excuse to be racially discriminatory towards African Americans.”

What seems unfathomable is that despite relentlessly lecturing people not to use the coronavirus as an excuse for “racism,” including by labeling discussion of ‘bat soup’ memes as racist, the media hasn’t touched this story.

Liberal White Women Pay $2,500 to be Lectured About How Racist They Are