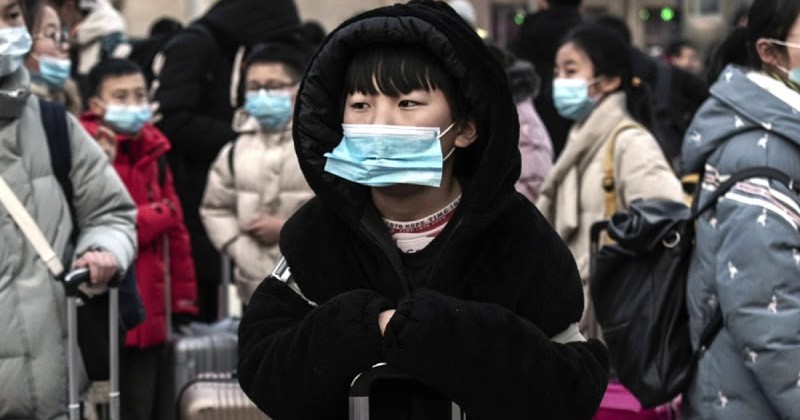 A model that predicts the number of coronavirus infections that will occur if the outbreak isn’t contained shows that based on current projections, there will be over 183 million infections before the end of February.

The chart, produced by data firm Bianco Research, shows that if the current rate of infections remains consistent, 183,943,221 people will have been infected by the virus within the next three weeks.

Given that the virus has already infected a minimum of 7,711 people and killed 170 (a fatality percentage of just over 2per cent), if 183 million people were infected, statistically upwards of 3.6 million would die. 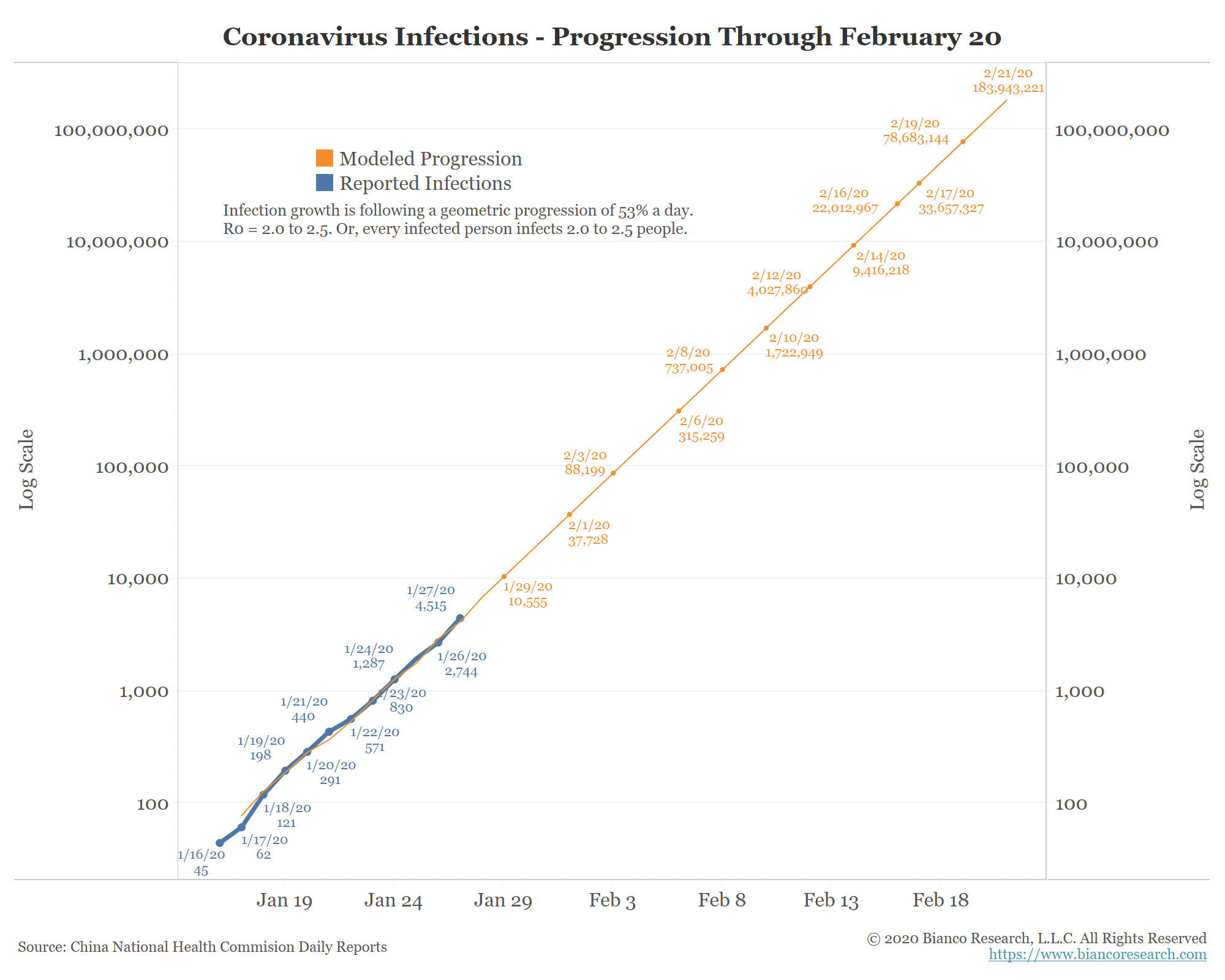 Given how horrific these numbers are, one can only hope that health authorities can get the outbreak under control before it gets anywhere near that level.

“To be absolutely clear, this is NOT a prediction that 100 million people will be infected by Feb 20,” explains Bianco Research. “Rather, this has been its growth rate for the last 12 days. A vaccine, mutation or successful quarantine/isolation could help reduce this growth rate.”

The firm also warns that if the outbreak turns into a global pandemic, it could have huge economic consequences and that “the global supply chain will grind to a halt.”

A further 44,000 are under quarantine and are suspected but not confirmed of having the virus, so the numbers could be even higher.

The China Health Commission also gives us the number under quarantine. This is those with flu symptoms isolated and monitored. It is up 10x to 44K in the last five days.

This is the inventory that will feed the continued geometric of infection rates.

“The China Health Commission also gives us the number under quarantine” commented Jim Bianco. “This is those with flu symptoms isolated and monitored. It is up 10x to 44K in the last five days. This is the inventory that will feed the continued geometric of infection rates.”

As we reported earlier, Senator Tom Cotton is calling for an immediate shut down of all flights from China to the U.S. after Israel banned flights and Russia closed the entirety of its 2,600-mile border with China.

Surgical Masks Sold Out Across UK Amidst Coronavirus Fears

Senator Calls For Immediate Shut Down of All Flights From China to U.S. 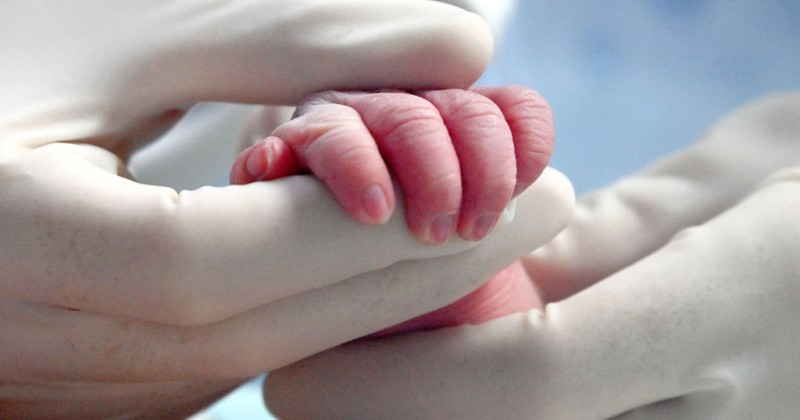 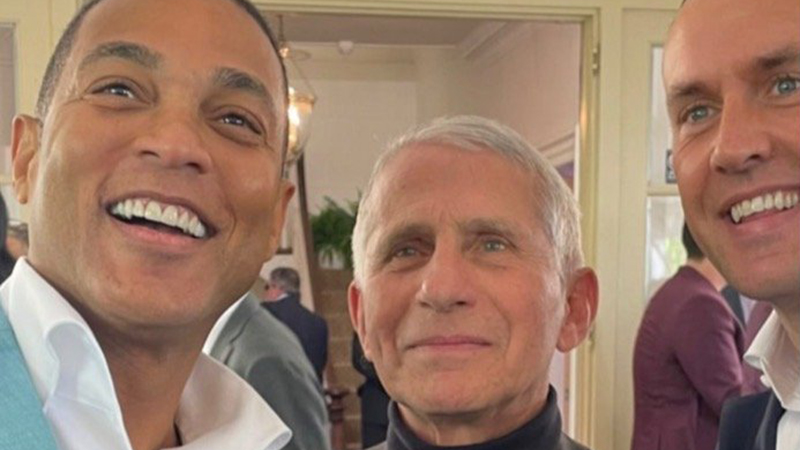 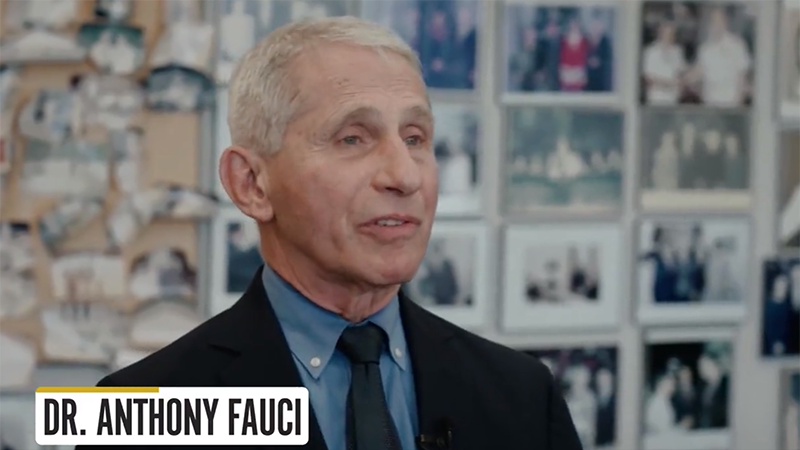