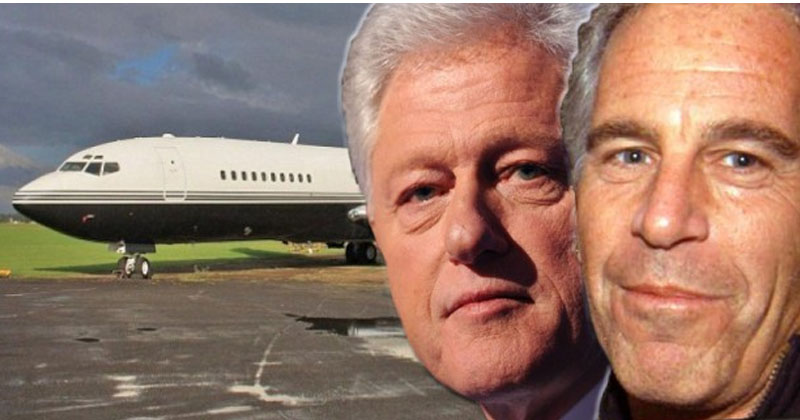 It has been well documented that Bill Clinton flew on dead pedophile Jeffrey Epstein’s private jet some 26 occasions, now photos have emerged showing the former President on board and posing with an alleged sex slave.

The pictures, obtained by The Sun, show Clinton relaxing on the so called ‘Lolita Express’, the Boeing 727 plane that is thought to have been used for sex trafficking.

In one picture, Clinton is seen posing with Ghislaine Maxwell, allegedly Epstein’s go to ‘pimp’.

In another picture, Clinton poses with his arm around Massage therapist Chauntae Davies, one of Epstein’s so called ‘sex slaves’.

The images were taken during a 2002 Africa trip in connection with the Clinton Foundation, according to the report.

Davies has said that she was serially raped and sexually assaulted at the hands of Epstein, but has not made any such claims against Clinton.

Davies said that “Clinton was a great guy on the trip. He’d sit around on the plane with a cigar in his mouth, playing cards between flights.”

“I wrote in my journal at the time that I wished he could be president again. He was charismatic and funny and kind and personable.” She added.

“Looking back at these images now it raises a lot of questions about why Bill Clinton was using the plane and what perhaps Jeffrey may have been trying to accomplish by having him around.” she told reporters.

While there is no incriminating evidence contained within the pictures, and no indication that Clinton was aware of Epstein’s activities, they will certainly add fuel to the theories involving elites and pedophilia.