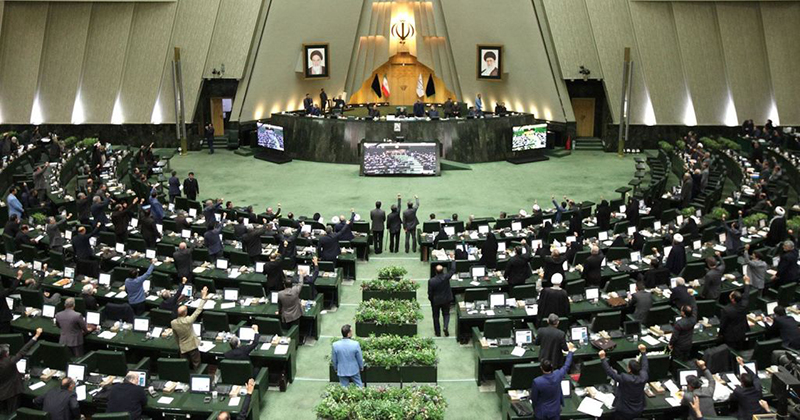 Legislation was passed in Iran’s parliament Tuesday that declares all US military personnel as ‘terrorist entities’.

The legislation, signed by all 223 members of Iran’s Parliament, describes “all members of the Pentagon, all affiliated companies, institutions, agents and commanders,” as terrorist organizations as far as Iran is concerned.

US Army members wld be considered terrorist-designated US officers". pic.twitter.com/YY7f2ehpYx

Presumably, ‘affiliated companies’ means any company that has a contract with, or provides technology to the Pentagon.

“Any aid to these forces, including military, intelligence, financial, technical, service or logistical, will be considered as cooperation in a terrorist act,” the bill declares.

According to reports, the bill is an amendment to a previous motion passed in April last year which designated the US Central Command as a “terrorist organisation” and the US a “state sponsor of terrorism”.

That motion came in response to President Trump designating the Iran’s Islamic Revolutionary Guard Corps as a terrorist organization, as well as imposing economic and travel sanctions.

The new law states that the Iranian government will pledge $220 million to the IRGC to “reinforce its defense power in vengeance for General Soleimani’s assassination.”

As statement by Iranian lawmakers declared that “If this harsh revenge is proportionate, direct, and military and is taken promptly, America’s factious grandeur will be destroyed and U.S.officials will truly understand that the era of hitting and running is over.”

“Furthermore,” they wrote, “it is necessary to concentrate on the issue of American military forces’ withdrawal from the West Asian region so that this aim will be achieved with the help of the Resistance Axis.”

Prior to an Iranian strike last night on a US base in Iraq, President Trump warned that the U.S. military will strike 52 “very high level” Iranian cultural and state targets should any aggression be encountered.

All is well! Missiles launched from Iran at two military bases located in Iraq. Assessment of casualties & damages taking place now. So far, so good! We have the most powerful and well equipped military anywhere in the world, by far! I will be making a statement tomorrow morning.

Video: Iranian Protesters Refuse To Walk On US, Israel Flags