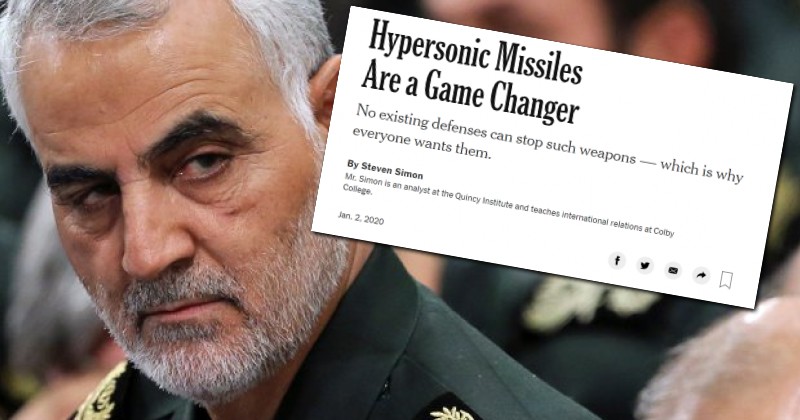 The New York Times published a story about a hypothetical U.S. military strike on Qassim Suleimani in Baghdad hours before it actually happened.

In an article entitled ‘Hypersonic Missiles Are a Game Changer’, Steven Simon, an analyst at the Quincy Institute, wrote, “What if the former commander of Iran’s Revolutionary Guards, Qassim Suleimani, visits Baghdad for a meeting and you know the address?”

“The temptations to use hypersonic missiles will be many,” Simon added.

Some respondents on social media suggested that the NY Times received advance notice of the strike from the Pentagon and tried to warn Suleimani, although there is no evidence to prove this.

Did the NYTimes know in advance AND attempt to tip off Qassem Soleimani of the incoming missile strike? pic.twitter.com/n3t8KKDVx4

As we highlighted earlier, another New York Times journalist, Farnaz Fassihi, offered what some of her critics described as a “eulogy” to killed Iranian terrorist leader Qasem Suleimani after she posted a video of him reciting poetry.

“Rare personal video of Gen. Suleimani reciting poetry shared by a source in #Iran. About friends departing & him being left behind,” tweeted Fassihi alongside a video of Suleimani. 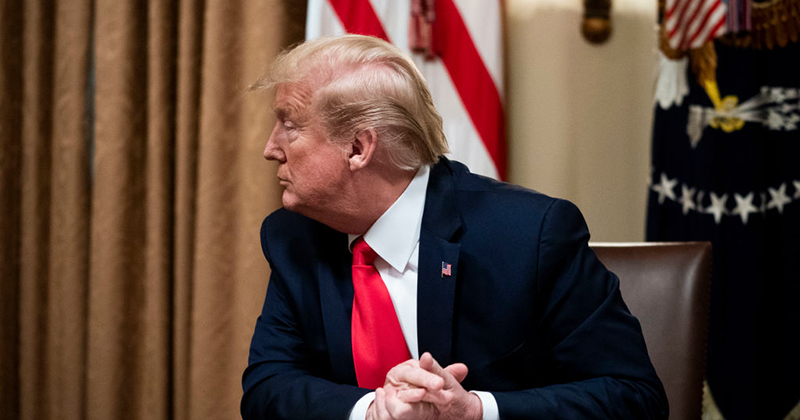 Reports this week have once again shed light on President Trump’s continued efforts to get US troops out of the middle east and away from conflicts pursued by his predecessors.

A report by NBC news notes that Trump “complains almost daily” that US troops are still in Afghanistan, and that now they are at risk from the coronavirus outbreak.

“His renewed push to withdraw all of them has been spurred by the convergence of his concern that coronavirus poses a force protection issue for thousands of U.S. troops in Afghanistan and his impatience with the halting progress of his peace deal with the Taliban,” officials have told NBC.

“U.S. officials worry the virus could become rampant in Afghanistan, given its lack of health care and testing and its shared border with Iran, which has been hit hard by the pandemic.” the report adds.

“Afghanistan is going to have a significant coronavirus issue,” a former senior U.S. official said. “It hasn’t really manifested yet but it will.”

As highlighted in other reports, Afghanistan’s relatively substandard health ministry is preparing to be overrun by “millions” of coronavirus cases.

According to the NBC report, Trump isn’t happy with the progress of US and NATO troops being withdrawn from the country, which was part of a deal signed with the Taliban in February.

The accord paved the way for a large US troop reduction to 8,600 within 135 days of signing, numbers that are not being achieved quickly enough for Trump.

The report notes that military advisors are worried that troops will also have to be be withdrawn from elsewhere if they’re brought home from Afghanistan.

“The president’s military advisers have made the case to him that if the U.S. pulls troops out of Afghanistan because of the coronavirus, by that standard the Pentagon would also have to withdraw from places like Italy, which has been hit particularly hard by the pandemic, officials said.”

It’s difficult to imagine that Trump would have much of a problem with that either. 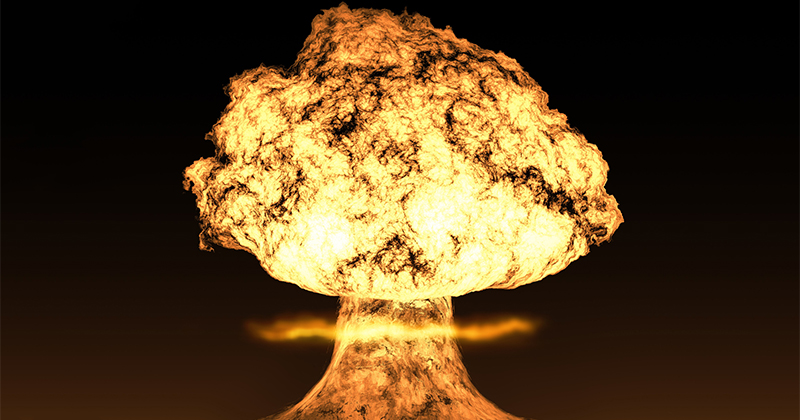 Abdul-Mahdi says Trump threatened to have him killed too. 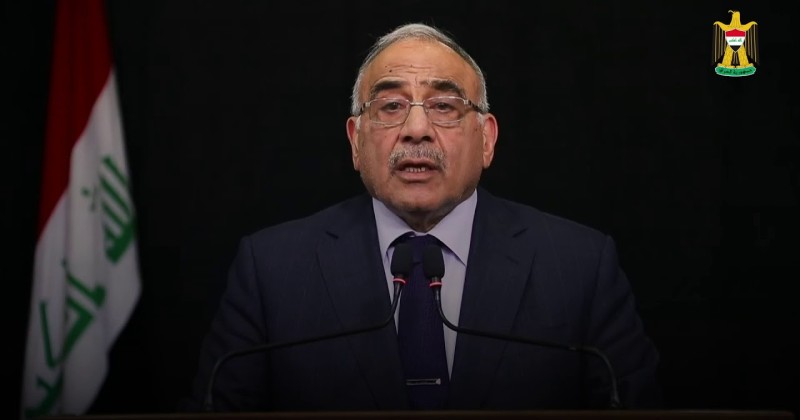 Iraqi Prime Minister Adil Abdul-Mahdi claims that in the build up to Qasem Soleimani’s assassination, President Trump threatened to carry out false flag murders of Iraqi protesters that would then be blamed on Abdul-Mahdi unless he agreed to hand over 50% of the country’s oil revenue.

According to the Strategic Culture Foundation’s Federico Pieraccini, Abdul-Mahdi was angry about how the U.S. had failed to complete the rebuilding of Iraq’s infrastructure and electricity grid projects, “unless they were promised 50% of oil revenues, which Abdul-Mahdi refused.”

Abdul-Mahdi then gave a speech to the Iraqi parliament in which he explained that the main reason behind his resignation was Trump pressuring him not to make a deal with the Chinese and threats that the U.S. would engage in false flag shootings of protesters and security forces.

This is why I visited China and signed an important agreement with them to undertake the construction instead. Upon my return, Trump called me to ask me to reject this agreement. When I refused, he threatened to unleash huge demonstrations against me that would end my premiership.

Huge demonstrations against me duly materialized and Trump called again to threaten that if I did not comply with his demands, then he would have Marine snipers on tall buildings target protesters and security personnel alike in order to pressure me.

I refused again and handed in my resignation. To this day the Americans insist on us rescinding our deal with the Chinese.

After this, when our Minister of Defense publicly stated that a third party was targeting both protestors and security personnel alike (just as Trump had threatened he would do), I received a new call from Trump threatening to kill both me and the Minister of Defense if we kept on talking about this “third party”.

Shortly after, General Soleimani was assassinated. Abdul-Mahdi claimed that he was supposed to meet Soleimani that very morning, suggesting that he too may have been a target of the drone strike.

“I was supposed to meet him [Soleimani] later in the morning when he was killed. He came to deliver a message from Iran in response to the message we had delivered to the Iranians from the Saudis,” said Abdul-Mahdi.

Pieraccini explains that the underlying reason for the assassination of Soleimani was the “US lashing out at a world turning its back on a unipolar world order in favor of the emerging multipolar” and the threat posed by China and Russia to the U.S. dollar maintaining its status as the world reserve currency and the only currency in which oil can be traded.

“Soleimani’s death is the result of a convergence of US and Israeli interests. With no other way of halting Eurasian integration, Washington can only throw the region into chaos by targeting countries like Iran, Iraq and Syria that are central to the Eurasian project,” he claims.