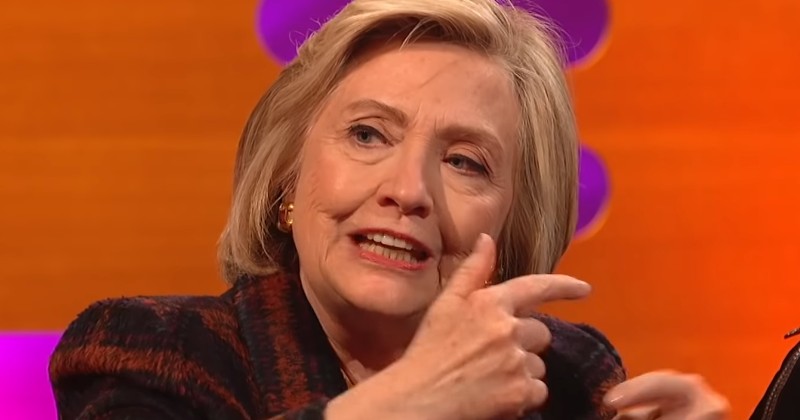 Hillary Clinton is still refusing to rule out running for president despite already missing the filing deadline for the New Hampshire primary.

During an appearance on Britain’s Graham Norton Show, Clinton was again asked about her presidential aspirations.

Clinton was quizzed as to why she included a story about a U.S. women’s soccer star who retired on the tagline “forget me.”

Hillary said the intention of the words were to “make way for new people” and “get off the stage.”

However, when asked by Norton, “Are you saying ‘Forget me’ now?” – Hillary responded, “Not yet.”

She then said she was aware of the presidential rumor mill and had been “deluged” with questions about running again.

“Right now, I’m not, at all, uh, you know, planning that, I’d have to make up my mind really quickly,” she said, “because it’s moving very fast.”

Back in October, long time Clinton advisor Dick Morris insisted that Hillary will become the Democratic nominee because she believes “she was put on Earth to be President.”

“Make no mistake. She wants it,” said Morris. “She’s planning on it. She’ll do everything she can to achieve it.”

Earlier that month, Clinton teased another presidential run, despite having already failed twice, telling PBS Newshour, “Obviously I can beat him again.”

She also fanned the flames of speculation when she tweeted at Trump, “Don’t tempt me.”