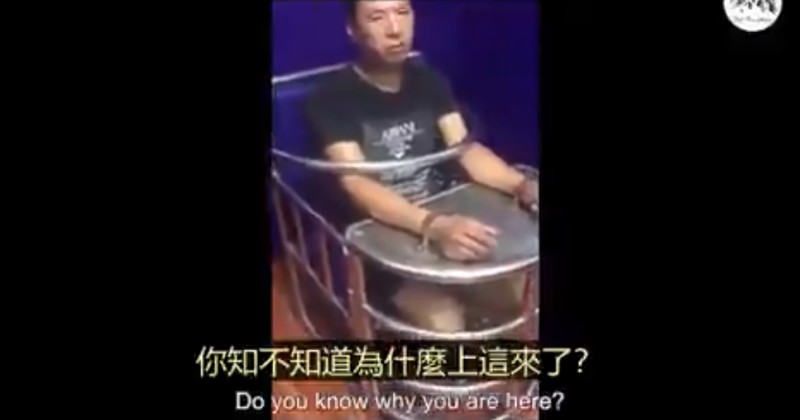 A video out of China shows a man being called in and interrogated by authorities for the crime of criticizing the police on social media.

The clip shows the man handcuffed to a metal chair as he is asked personal questions.

“Why did you complain about police on QQ and WeChat?” police ask the man.

He is then grilled about his screen name and activity in a group chat on the WeChat platform.

China spies on social media conversations. Then they bring dissidents in for a real-life chat. I’d say we’re AT LEAST five years away from that over here, so no worries. pic.twitter.com/HjXzqsgr8S

“Why did you talk about the traffic police online…what’s wrong with police confiscating motorcycles?” he is then asked.

The man attempts to come across as apologetic but is then asked again, “Why did you badmouth the police? Do you hate the police?”

The man explains that he was drunk when he made the comments and is then asked to apologize to the police.

Under its social credit score system, China punishes people who criticize the government, as well as numerous other behaviors, including;

Back in August, the Communist state bragged about how it had prevented 2.5 million “discredited entities” from purchasing plane tickets and 90,000 people from buying high speed train tickets in the month of July alone.

Citizens will also be forced to pass a facial recognition test that runs them through the social credit score database before being allowed to use the Internet.

Canada: Two Men Fired After Using the Word ‘Eskimo’ in a Private Conversation

This says it all about Paypal PedoPal 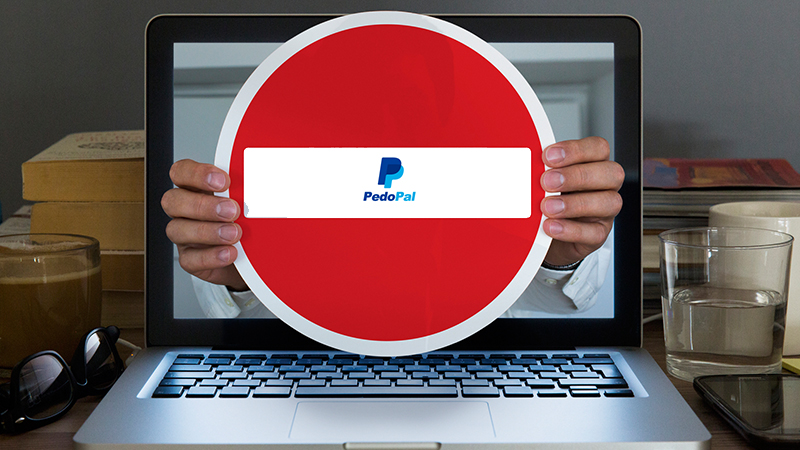 Paypal has hit headlines again this week for cancelling the accounts of more organisations and individuals engaging in political wrong think. And while the online banking platform banned an anti-pedophila group, a PRO-pedophila group remains able to do business via Paypal.

Paypal closed the account of Gays Against Groomers, an pro-gay rights organization that campaigns to expose sexualisation of children by perverts hiding behind the LGBTQ flag.

“The fact that an organization comprised solely of gay people, with trans contributors as well, is being banned from the largest payment processors in the country for opposing the sexualization and mutilation of children is shocking, to say the least,” said Jaimee Michell, the Gays Against Groomers founder.

“On top of that, we discovered tonight that while we have been banned, an organization that literally runs a support group for pedophiles is able to use PayPal’s services. It tells you all you need to know about the state of our society right now,” Michell added.

The organisation pointed out that while they have been banned, a group known as Prostasia is still allowed to use the platform, despite the fact that it promotes the protection of ‘minor attracted persons’ (woke terminology for pedophiles) and campaigns for the legalisation of child sex dolls and abolishment of the sex offender registry.

Paypal was previously accused of supporting pedophilia by South Carolina Senator Lee Bright, after the company along with 100 other business opposed the segregation of bathrooms by gender in the state.

Paypal will now forever be known as…

The Truth About PayPal

Paypal is a weaponized, vicious, tool of the regime.

Grocery shopping under the social credit score system: “Sorry, you misgendered a drag queen on Twitter. Your card payment has been declined. Your account has been closed.”

Leftists are now suddenly all concerned that people will be targeted by the media and lose their jobs if they express anti-royal rhetoric before the Queen’s funeral.