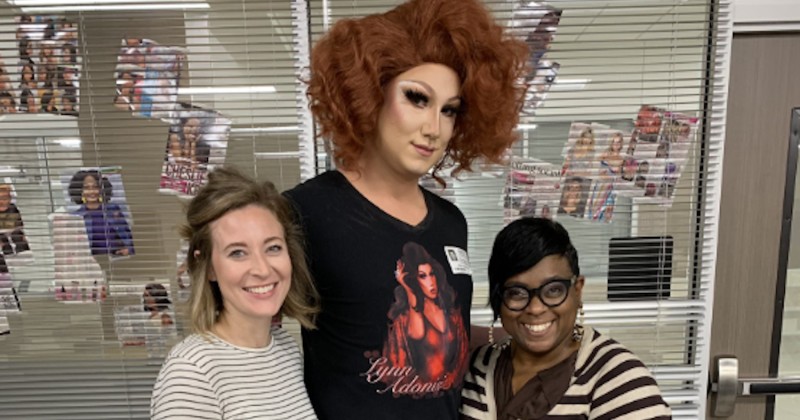 A teacher at a school in Texas said parents shouldn’t have the “final say” in raising their own kids after some of them complained about a drag queen visiting the school to give a talk to the children.

Willis High School was paid a visit by an adult drag performer by the stage name “Lynn Adonis” who spent the day with children and exchanged social media contacts with some of them.

School Principal Stephanie Hodgins defended the decision to invite Adonis after parents complained, but English teacher Anthony Lane went further, suggesting that parents should submit to the will of the “community” when it comes to raising their own kids.

“I believe that raising a child is the responsibility of the community and that parents should not have the final say,” said Lane in response to the controversy. “Let’s be honest, some of you don’t know what is best for your kids.”

Apparently, according to Lane, what’s best for the kids is to be given advice by a man who dresses as a woman and dances provocatively while people wave dollar bills like they’re in a strip club, if the video above is anything to go by.

When Lane faced a backlash from some of the parents, he doubled down, accusing them of bigotry for not wanting their children to spend personal time with a drag queen.

“Parents believe they should be able to storm the school in the name of political and religious beliefs if something happens in the school that they are morally opposed to. They forget that we make a promise to prepare their children to live in a diverse world. We are not required to protect the misguided, bigoted views of their parents,” he wrote on Facebook, before deleting the post.

Parents are now calling for Lane to be fired. It’s unclear whether “Lynn Adonis” will make a return to the school.

Black Friday: Women in Hijabs Fight Over a Vacuum Cleaner at Walmart

Leftist Newspaper Encourages Readers to Save Their Pee to “Humiliate Putin”

“Peecycling” to save the environment. 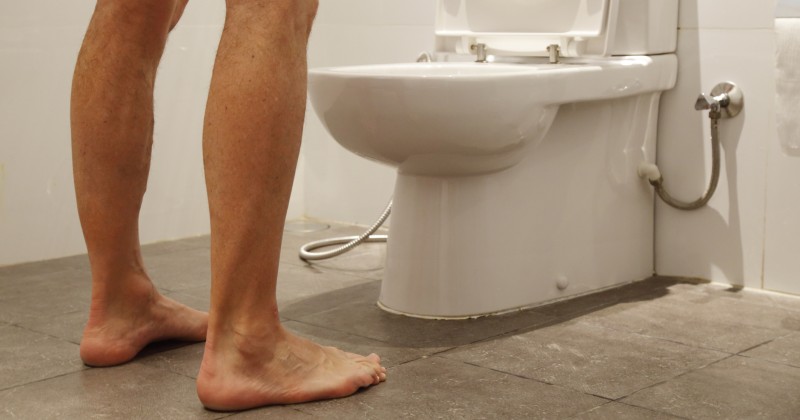 Left-wing newspaper the Guardian is encouraging its readers to save their urine in order to “humiliate Putin” and help the fight against climate change.

The paper published an article calling on people to preserve their pee to help make up for the impact of sanctions on Russia which have caused fertilizer shortages.

“Russia and Ukraine, together, are responsible for exporting 28% of the world’s fertilizers made from nitrogen, phosphorous and potassium, per NBC. The three fertilizer creating substances are rich in urine,” writes Tom Pappert.

“As a result of the Western sanctions against Russia, and to a lesser degree the conflict in Ukraine itself, Russia is no longer exporting its urea to the West, which used the urine to create fertilizers for crops.”

The answer, according to the Guardian, is for people to start engaging in “peecycling” and donating their urine to farmers.

“If I can use my pee to humiliate Putin, then that weird dream I had last week will sort of come true,” it states. “What’s more, those same nutrients, when flushed into wastewater systems, become contaminants responsible for creating environmentally damaging algal blooms.”

Thanks to the war in Ukraine, there is a shortage of agricultural chemicals. As each adult produces enough pee annually to fertilise 145kg of wheat, perhaps bodily waste is the answerhttps://t.co/ckvuEmuqlJ#water #drought #flood #globalwarming #ESG #environment #dayzero #heat

“So by saving my pee I could help the environment, thwart Russian aggression and produce urine-rich bread,” adds the article.

As Pappert points out, encouraging citizens to use the product of their toilet visits to fertilize crops didn’t turn out so well in North Korea.

“While using bodily excrement or excretions to fertilize crops may seem alien in the West, isolationist North Korea has reportedly urged its citizens to defecate and urinate on crops for the purpose of fertilization multiple times with the goal of averting food shortages.”

“In 2017, it was claimed that North Korean dictator Kim Jong-un may have inadvertently started a parasitic worm epidemic in the country by forcing farmers to use human feces on their crops.”

The war in Ukraine has exacerbated a cost of living crisis in the UK characterized by soaring inflation and sky high energy, petrol and diesel prices.

Despite pushing many Brits into poverty, this hasn’t stopped millions of financially comfortable virtue signalers from vehemently expressing their ‘support for Ukraine’ and sustained western involvement in the conflict.

Britain is now swamped with Ukraine flags which adorn villages and town squares and are also flown proudly by wealthy homeowners in their large back gardens.

There are noticeably fewer Ukraine flags in poorer areas where the continuation of the war is forcing many people to choose between missing meals or paying their electricity bill.

UK police are no longer dispatching officers to respond to burglaries.

They failed to solve a single burglary in nearly half of the country’s neighborhoods over the past three years.

But they have plenty of time for interrogating and arresting people who make ‘offensive’ social media posts.

Says ban on Russian sportsmen and women “is super unfair because none of them have done anything.” 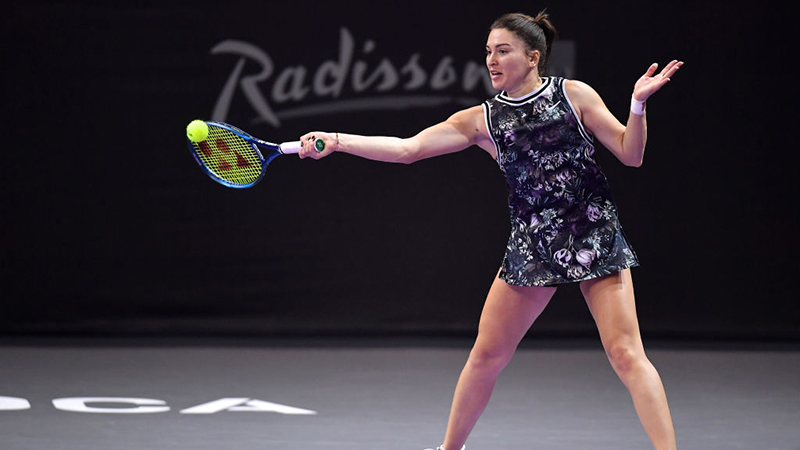 In a move that highlights the stupidity of Wimbledon’s ban on Russian and Belarusian tennis players, one competitor has changed her nationality from Russian to Georgian and is now being allowed to compete again.

The Times of London reports that Natela Dzalamidze, a 29-year-old doubles player ranked No 44 in the world, managed to switch her nationality to Georgian before the deadline for registering to compete at the grand slam tournament in London.

The report further notes that the All England Club, the venue for Wimbledon, “insisted today that it had no involvement in Dzalamidze’s change of nationality,” and is powerless to stop her from competing.

The repot adds that “The verification process is conducted through the WTA and the ITFTennis.”

The report further notes that Dzalamidze was born in Moscow on February 27, 1993, and it isn’t clear what connection she has to Georgia.

Dzalamidze has said that she had already decided to change her nationality before Wimbledon announced the ban in April.

“I am definitely against the situation which is going on in Ukraine,” Dzalamidze told The Times, adding “I am for peace all around the world and I believe that in the 21st century people are able to find a diplomatic way to solve the problems.”

She added “I feel so disappointed for all other Russian sportspeople who are not competing, adding “Other than tennis and chess, most sports have banned Russians, which I think is super unfair because none of them have done anything.”

“This is not the mistake of professional athletes. As a sportsperson I have always had a close relationship with Ukrainians. People want to hear something from us but we do not have an influence on this situation,” the athlete continued.

As we previously highlighted, former world number one tennis player Daniil Medvedev will not be able to compete at Wimbledon. Medvedev was first threatened with exclusion by the British government from the tournament unless he denounced Vladimir Putin, despite already having said he is against the war.

Ukrainian tennis star Elina Svitolina also demanded that Russian and Belarusian players be subjected to ideological purity tests before they are allowed to compete in international tournaments.

The issue became a moot one as far as Wimbledon goes when the All England Club decided to impose a blanket ban on Russians and Belarusians.

The decision supersedes an earlier directive by tennis authorities the ITF, WTA and ATP which said that Russian and Belarusian players could continue to appear at tour events, but only as neutrals and without displaying national colors.

Elite players including Rafael Nadal and Novak Djokovic, who has faced his own cancelation problems, have branded the decision as “unfair” and “crazy”.

Medvedev himself warned that Wimbledon’s decision to ban all Russian and Belarusian players from this year’s tournament sets the precedent that sporting authorities can eliminate competitors for their political views.