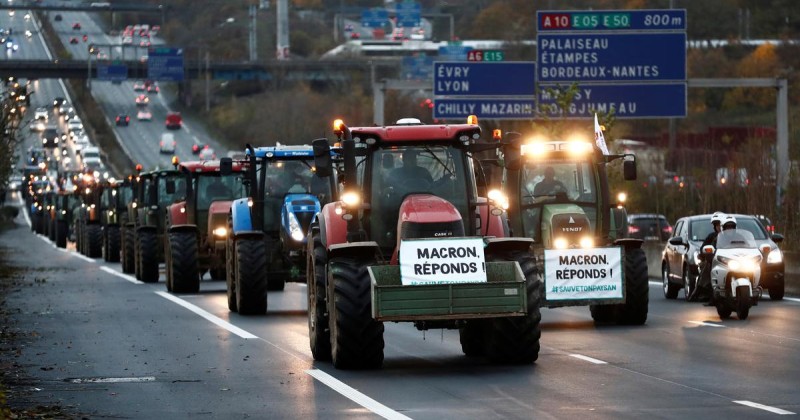 Around a thousand French farmers in tractors have descended on Paris in a fresh revolt against globalist government policies they say are ruining their standard of living.

The farmers assembled on the Avenue Foch, near the Champs Elysees and the Arc de Triomphe to decry regulations which they assert are devastating the agricultural sector.

Their main concern centers around “agri-bashing” by the media and politicians, where farmers are being blamed for environmental issues and pressured to amend their behavior in the name of preventing climate change.

The farmers are furious at how this is legitimizing attacks by vegan activists on butchers and calls to ban the weedkiller glyphosate, which President Emmanuel Macron wants to outlaw by 2021.

They also fear that EU trade deals with Canada and the Mercosur bloc in South America will flood the market with cheaper goods at lower standards.

The two main farmers’ unions have demanded a private meeting with Macron to discuss his policies.

Thousands of Tractors are blocking the Ring Road and main arteries into #Paris today to protest Macron's attacks on French Farmers.#Agriculteurs pic.twitter.com/UNHqtoYZJn

This is just one of numerous anti-globalist revolts taking place across Europe.

Earlier this month, German farmers blocked roads in Hamburg with their tractors to protest against environment regulations.

Last month, thousands of Dutch farmers also descended on Amsterdam to protest against a government proposal that livestock production be slashed by up to 50% in the name of preventing global warming.

The Yellow Vest movement in France, which just marked its first anniversary, also began as a backlash against onerous gas tax hikes and other regulations impacting rural workers.

Viktor Orbán: Western Europe is Finished, Central is the Future

Says LGBT is an “ideology,” not a category of people. 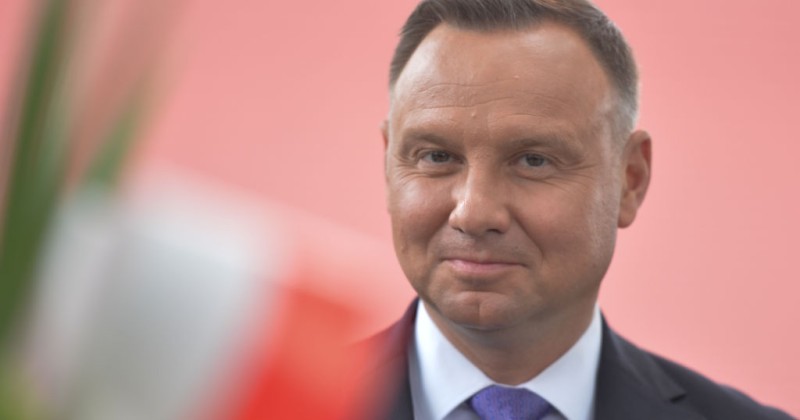 Polish President Andrzej Duda has vowed to oppose the kind of “social experiments” performed on children in some western countries that have led to the erosion of the traditional family unit.

Speaking during a campaign rally in the town of Poronin before elections on June 28, Duda asserted that he would continue to pursue pro-family policies.

“These were policies of dignity for Poles and Poland — a dignified fight for Polish interests anywhere, where the truth about those interests had to be spoken. I never feared doing that,” he said.

Same-sex marriage, which is opposed by the majority of the population, is banned in the Polish constitution, and Duda emphasized his concern over how the LGBT movement has grown in other countries as a political power grab, not a civil rights cause.

“They are trying to persuade us that LGBT is a category of people, but it’s an ideology,” he said.

Adding that social benefits to encourage strong families would be maintained, Duda also vowed to defend children from “social experiments,” which presumably refers to the sexualization of children at a young age.

“Until I have no strength left, I promise you, I will always protect our family, our traditional family in accordance with our Polish model. I will not permit the introduction of experiments, especially if our children were to be used in these experiments. I do not permit that,” said the president.

Poland has largely resisted policies of multiculturalism and identity politics followed by other western nations and has blocked EU demands that it take in migrants from Muslim countries. 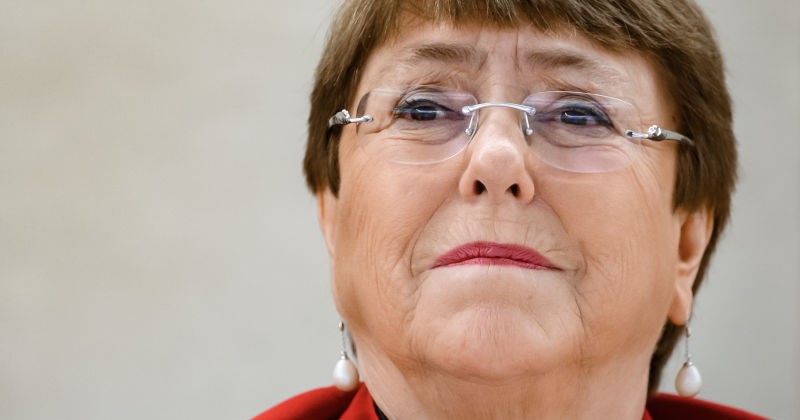 The UN Human Rights Chief has demanded that authorities in the United States take “serious action” to stop the police killings of unarmed African-Americans following the death of George Floyd.

46-year-old Floyd died on May 25th after Minneapolis police officer Derek Chauvin knelt on Floyd’s neck for at least seven minutes, an incident that was caught on camera and caused outrage.

Numerous stores, businesses and even an affordable housing block in Minneapolis were looted and burned to the ground by rioters last night in response to the killing.

“The US authorities must take serious action to stop such killings, and to ensure justice is done when they do occur,” Bachelet said. “Procedures must change, prevention systems must be put in place, and above all police officers who resort to excessive use of force should be charged and convicted for the crimes committed.”

Bachelet’s demand won’t find much currency amongst many on the right, who will see it as a globalist body trying to interfere in the internal affairs of the United States.

But her words will be welcomed by many on the left who assert that black people are being indiscriminately targeted by white police officers.

However, as Candace Owens pointed out, the stats don’t back up that claim.

Can anyone provide me the name of even ONE hispanic or white person that was killed by a police officer this year?

Report: Universities All Across America Still Have Chinese Propaganda Centers 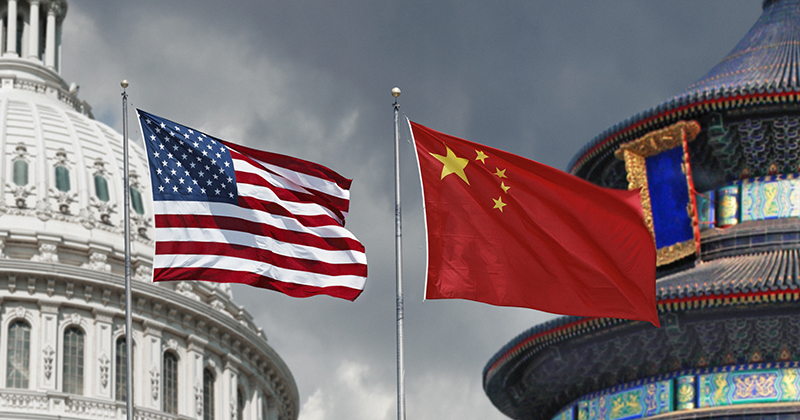 Many universities throughout America are still allowing what have been described as Chinese propaganda centers to operate on their campuses, despite warnings from intelligence officials that the communist state is using them to infiltrate US society and indoctrinate Americans.

Campus Reform reports that multiple Chinese-funded Confucius Institutes remain in operation, even as US lawmakers seek to hold China accountable for its handling of the coronavirus outbreak.

The report notes that “more than 75 Confucius Institutes are still in operation in the U.S., most of them on college campuses.”

From Maine to Florida to Kansas to California, these centers claim to educate American students about Chinese language and culture, and administrators who run the campuses on which they operate appear to believe the same country that claims to have fewer coronavirus deaths than the U.S, despite its population being more than three times the size of the U.S. population.

Based on data from the National Association of Scholars, along with records maintained by Campus Reform, the interactive map below shows the locations where Confucius Institutes still operate. Hover your cursor over each dot to reveal the name of each college or school that currently hosts one of these centers.

The stated aim of the Confucius Institutes is to promote Chinese language and culture, support local Chinese teaching internationally, and facilitate cultural exchanges. However, US intelligence agencies have previously labeled the organisations as a national security threat, and many universities have since trashed the programs.