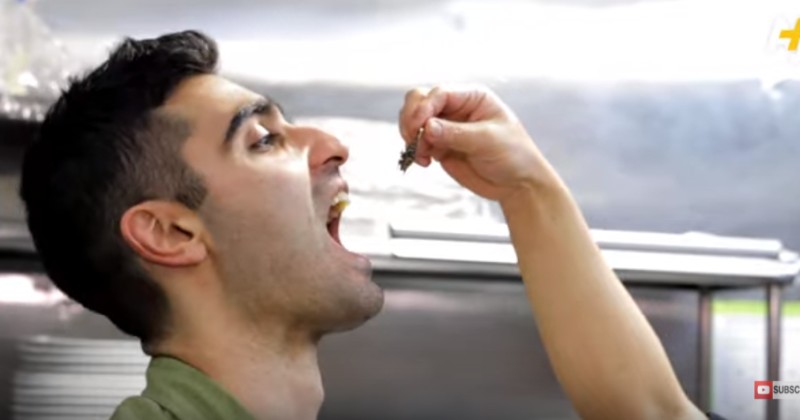 According to Al Jazeera, not wanting to eat insects is racist because Christopher Columbus said it was a trait of “savages”.

Al-Jazeera’s Yara Elmjouie put out a video entitled ‘Why bugs are the protein of the future’ in which he claims that westerners have a fear of edible insects because “European colonizers demonized indigenous people as “savages” for eating insects.”

Is Christopher Columbus to blame for our fear of edible insects?

But today, edible bugs are seen as sustainable protein, receiving even the UN's blessing. pic.twitter.com/j7tt0DTX35

“Edible bugs are seen as sustainable protein, receiving even the UN’s blessing,” wrote Elmjouie, citing a 2013 UN report that “promotes insects as a sustainable high-protein food.”

“Over 2 billion people eat insects around the world today. So…let’s also think about reframing our past, and chart a new course toward a future that’s fully liberated from those early colonizers’ misinformed worldviews,” he added.

Gross. I am not eating bugs.

As we highlighted yesterday, VICE gave a sympathetic platform to people who enjoy the fetish of including insects in their sex play, including literally putting worms up their penis.

The progressive utopia is you sitting alone, atomized, in a converted sewer pipe pod eating bugs while crying in front of your only companion which is an emotional support pig.