“We don’t even want it in the White House anymore”

President Trump has proposed a plan to cancel all government subscriptions to the New York Times and the Washington Post, saying that it will save hundreds of thousands of dollars.

“Not renewing subscriptions across all federal agencies will be a significant cost saving—hundreds of thousands of taxpayer dollars will be saved,” White House press secretary Stephanie Grisham said in an email to the Wall Street Journal‘s Andrew Restuccia.

The proposal comes in the wake of the president canceling the White House’s subscriptions to the print versions of the newspapers, calling them ‘fake news’.

“We don’t even want it in the White House anymore,” Trump said of the Times during an interview with Hannity earlier this week.

The WSJournal reported that a White House official has indeed confirmed that print editions of the Times and the Post were not delivered to the White House on Thursday.

The impact on the newspapers is sure to be significant, for example The New York Times receives around two-thirds of its revenue from subscriptions.

Both newspapers have profited massively from opposing Trump’s presidency. 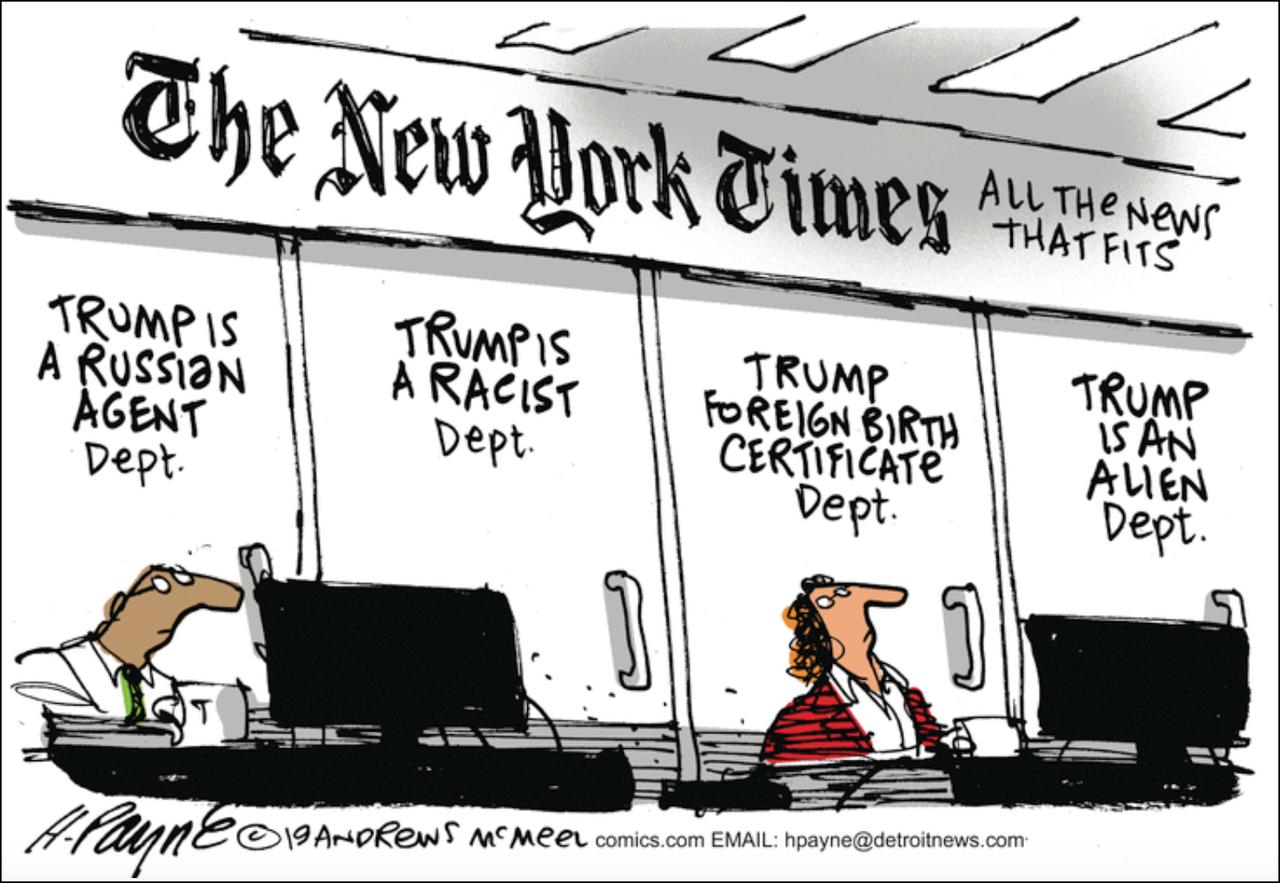 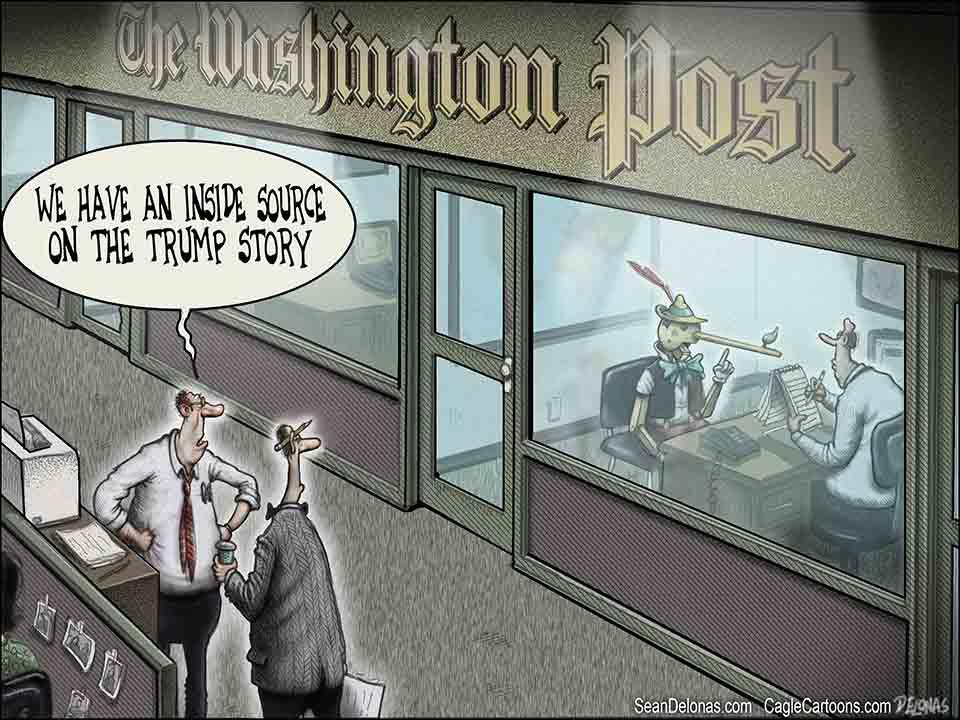 Meanwhile, the Times via Paul Krugman suggested this week that Trump and his supporters will start using “mob” tactics such as “roughing up the witnesses” called to testify in impeachment hearings on Capitol Hill.

Phase one: try to discourage any investigation

Phase two: try to stonewall, telling officials not to testify

Phase four: ??? I hope Schiff, Pelosi et al are thinking about precautions. Anything is possible https://t.co/XAOypKHvcI

Krugman suggested that the Republican interruption of the closed impeachment hearing would be followed up, and that House Democrats should start “thinking about precautions” because “anything is possible.”

Complaints surge by 150 per cent. 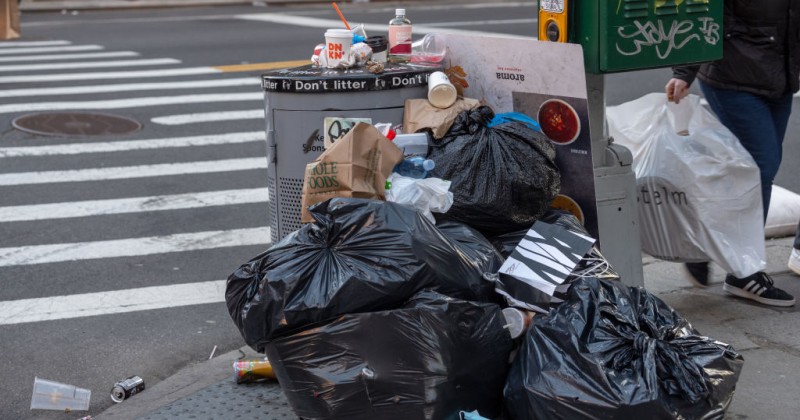 New York City is being forced to deploy an army of 10,000 cleanup workers in response to worsening problems with trash and rats.

A newly created ‘City Cleanup Corps’ will be tasked with fighting the piles of garbage on the streets of the Big Apple, with complaints surging by 150% between March and August last year.

After a $100 million cut to the city’s sanitation budget, filth and rodent infestations have become a common sight, with data revealing that waste tonnage rose 15% by the end of March compared to the early months of the pandemic.

The city’s trash problem was further exacerbated last year when officials re-located the homeless to higher end neighborhoods and hotels in an attempt to stop the spread of COVID.

Even before the pandemic, rat sightings reported to the city’s hotline surged by 38% between 2018 and 2019.

Violent crime in the city also began to surge last year, prompting many New Yorkers to flee, with a survey taken last summer finding that two in five residents want to leave.

Report: The ‘Squad’ Hired Private Security While Calling For Abolition Of Police

Armed security for themselves, but for everyone else, their police get defunded and the people themselves get disarmed 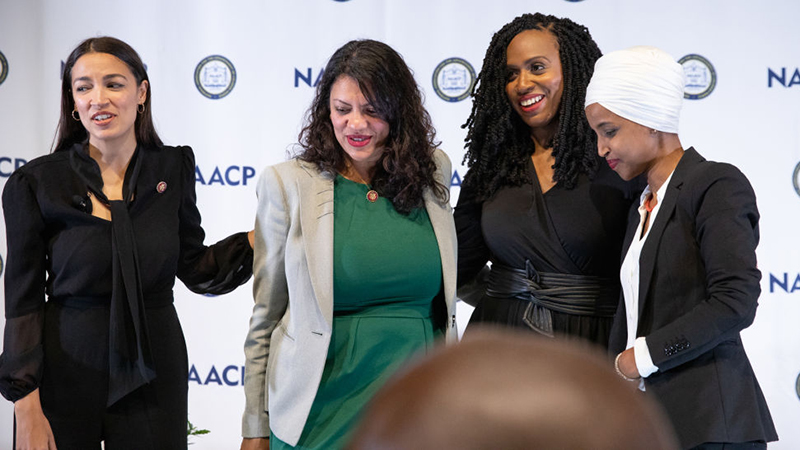 Members of the So Called ‘squad’ of extreme leftist Democrats spent thousands of dollars on hiring private security while simultaneously calling for defunding and even abolishing the police, a report highlights.

According to Federal Election Commission (FEC) records, Reps. Alexandria Ocasio-Cortez (New York), Ilhan Omar (Minnesota), Cori Bush (Missouri) and Ayanna Pressley (Massachusetts) privately built up their own protection forces, while telling the public that they shouldn’t rely on police protection, and that police departments should be defunded because of ‘institutional racism’.

The Daily Caller picked up on the filings, noting that the Democrats Reps. spent “nearly $70,000” on private security from January to March this year.

Bush also refused to answer questions Wednesday about the funds:

All of these Reps. have called for defunding the police:

“Defunding police means defunding police,” Ocasio-Cortez said in a June 30 statement, noting “It does not mean budget tricks or funny math. It does not mean moving school police officers from the NYPD budget to the Department of Education’s budget so the exact same police remain in schools.”

Pressley, along with another squad member Rashida T’laib introduced the BREATHE Act to defund police departments last year. T’laib has rabidly called not only for defunding but ABOLISHING the police.

Also last Summer, Omar said on CNN’s “State of the Union” that Minneapolis has to “rebuild” its police department as it is “rotten to the root” and impossible to reform.

While the squad amass their own private security and call for abolishing the police, the vast majority of black Americans are diametrically opposed to such action.

As always, it’s one rule for them and another for everyone else.

Everything seems to be a joke to her 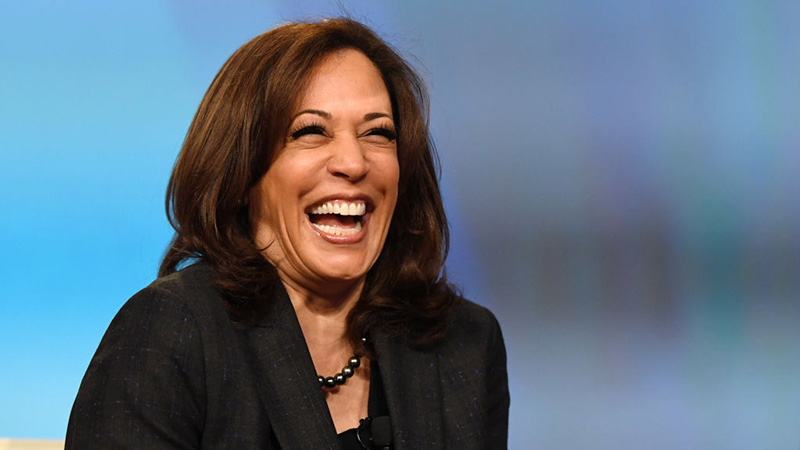 Kamala Harris, who is effectively the President of the country at this point, cannot stop laughing at totally inappropriate times.

The latest example came on Monday as Harris spoke in North Carolina about the Administration’s much maligned jobs plan.

Harris attempted to crack a joke, suggesting that opportunities are “equally available to women as well as men” like hard hats… or something.

“Because there’s an interesting fact,” Harris said, struggling not to laugh at her own speech, “In case you didn’t know, hard hats are actually unisex.”

Despite the fact that literally no one knew what the hell she was laughing at, or found what she was saying funny, Harris felt the need to blurt out loud “everybody’s laughing.”