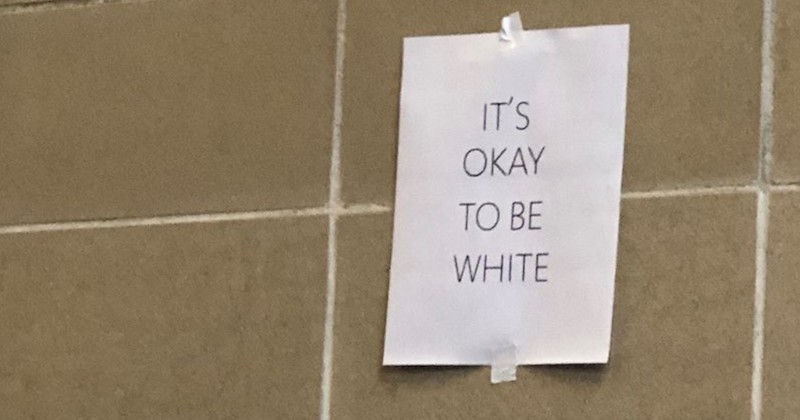 4chan trolls are planning to repeat a stunt where they post “It’s okay to be white” posters around cities and college campuses in order to force the media into generating a fresh moral panic about racism.

The “it’s okay to be white” meme was a troll started by 4chan in 2017 as a way to trigger leftists into revealing their own anti-white bigotry.

Since then it has appeared on signs which have been posted in major western cities on numerous occasions.

Now users of the controversial forum are planning to repeat the stunt on October 31st.

“IOTBW posters are going up again Oct 31st, media freakout should be even crazier because of “muh white nationalist terrorism,” states one post on 4chan. “Get ready, print posters, get your costume, spread the word. Let’s do this right.” 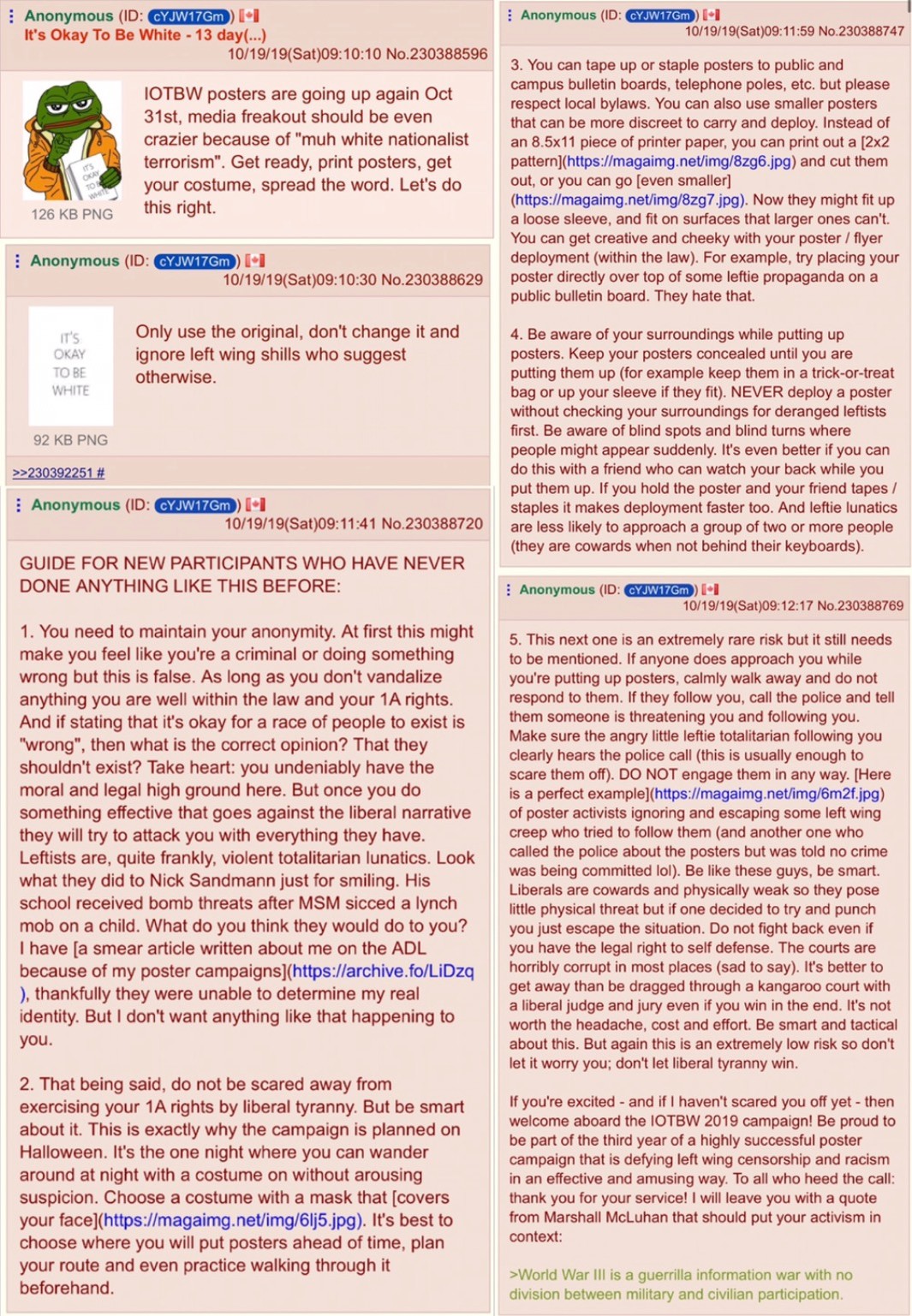 Another post encourages people to use the original poster and not change anything about it.

“Once you do something effective that goes against the liberal narrative they will try to attack you with everything they have,” states the post.

Another post reveals that an unnamed school has already alerted students and faculty as to the prospect of the signs appearing on campus. 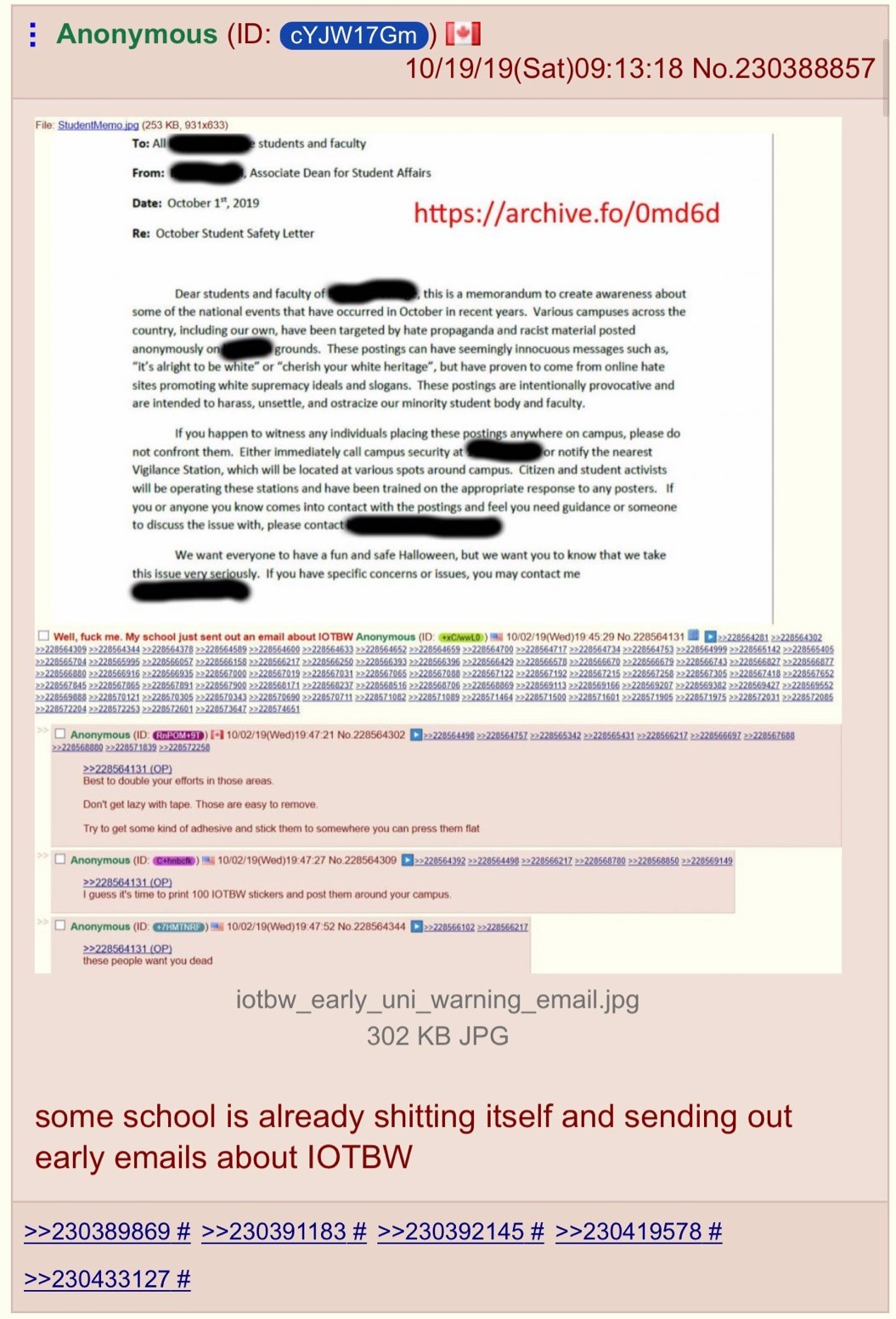 Many have commented that the stunt is particularly cunning because it forces the left to adopt the ideologically bigoted view that it isn’t ‘okay’ to be white, thus revealing them to be the actual racists.

When the posters were plastered around Emmaus, Pennsylvania last year, Borough Manager Shane Pepe called them a “distasteful” act of “vandalism.”

“Married to one man while fantasizing about others?” 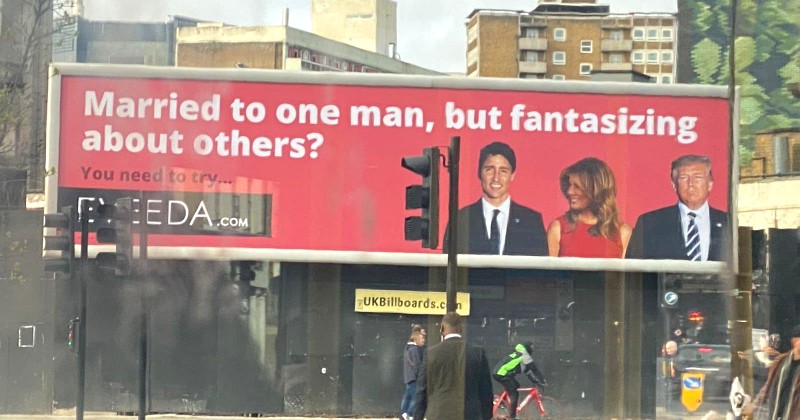 A giant billboard being displayed in central London encourages women to cheat on their husbands.

The poster, which is located near Westminster Bridge, shows photos of Donald Trump, Melania Trump and Canadian Prime Minister Justin Trudeau. Melania is turned away from Trump and looking at Trudeau.

“Married to one man but fantasizing about others?” the poster asks. “You need to try…EVEEDA.com.”

The website is an Ashley Madison-type platform with the tagline “Created by women. For women. To have discreet affairs.”

With divorce rates and depression at all time highs and birth rates at all time lows, surely what western countries need is websites encouraging women to cheat on their partners, a process that will cause untold pain and suffering and lead to the breakup of relationships. Right?

As we previously reported, another billboard seen in London encourages white people to get sterilized.

Meanwhile, as we recently highlighted, a married mother of four in Australia was publicly shamed on television for making breakfast for her husband.

Wanting to take care of your spouse in the context of a happy, stable monogamous marriage is bad, but wanting to be a whore and stab your husband in the back is apparently something to be celebrated. 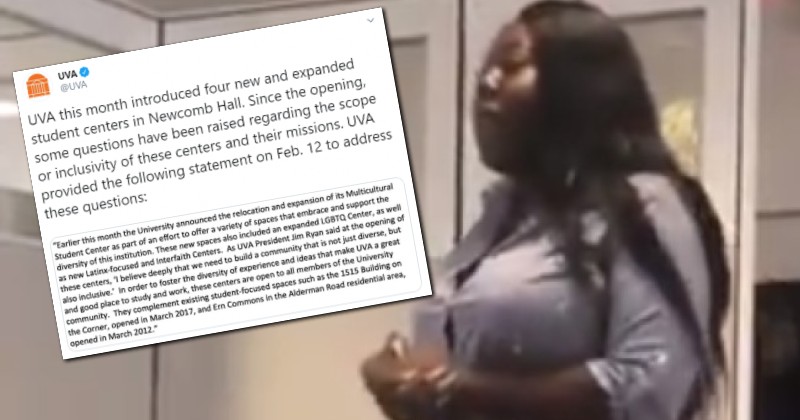 The University of Virginia has released a statement clarifying that its ‘Multicultural Student Center’ is open to students of all ethnicities after a video rant by a black student claiming there were “too many white people” went viral.

As we reported yesterday, a video released by Young America’s Foundation shows a black woman telling other students, “Public service announcement, excuse me, if y’all didn’t know this is the MMC and frankly there are just too many white people in here, and this is a space for people of color.”

Leftists at the University of Virginia are dictating who is and who isn’t allowed in the new Multicultural Student Center.

“Frankly there is just too many white people in here, and this is a space for people of color.”

This kind of racist intolerance is NOT multicultural. pic.twitter.com/XkefKqfqLA

This contradicted the UVA’s own website, which stated that the facilities at the ‘Multicultural Student Center’ “are open to everyone, regardless of race, ethnicity, religion, ability, ethnic or national origin, sexual orientation or gender identity.”

Following the controversy, the University released another statement re-affirming this position.

“In order to foster the diversity of experience and ideas that make UVA a great and good place to study and work, these centers are open to all members of the University community,” the University wrote.

UVA this month introduced four new and expanded student centers in Newcomb Hall. Since the opening, some questions have been raised regarding the scope or inclusivity of these centers and their missions. UVA provided the following statement on Feb. 12 to address these questions: pic.twitter.com/BJ3LZCvIrE

So although some of its students may support racial segregation in the name of progressivism, thankfully the UVA doesn’t.

However, according to a report in the Cavalier Daily, “Several other students tweeted in solidarity with the student in the video, saying that white people did not frequently visit the MSC when it was located in the basement of Newcomb Hall.”