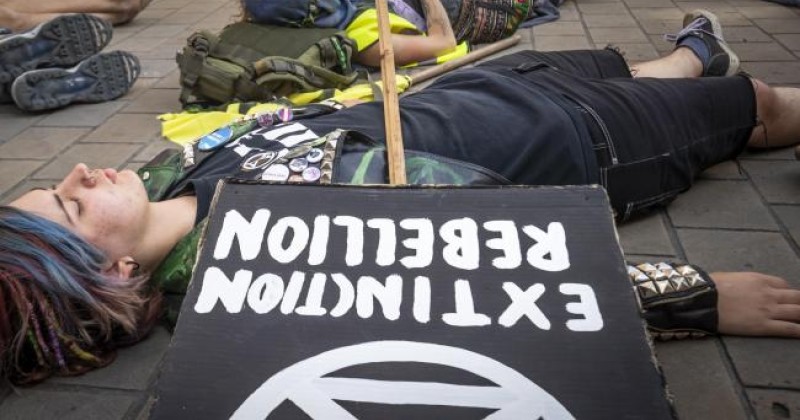 The co-founder of Extinction Rebellion writes that the climate protest “isn’t about the climate” and is actually about toppling European civilisation and ending the idea that heterosexuality is “normal.”

In a lengthy article for Medium entitled ‘Extinction Rebellion isn’t about the Climate’, Stuart Basden reveals the true goals of the far-left environmentalist action group.

Basden asserts that whatever climate problems exist can’t be fixed and that the movement should instead be focused on tearing down the entire system of western capitalism (China, the world’s biggest polluter, isn’t mentioned once).

He claims that “European civilisation” is to blame for spreading “cruelty” and “violence” throughout the globe for the last 600 years and bringing “torture, genocide, carnage and suffering to the ends of the earth.”

He then cites numerous “delusions” which are to blame for this situation, including “white supremacy,” “patriarchy” and “class hierarchy” (a strange one given that most Extinction Rebellion protesters are upper middle class snobs who do little but inconvenience and harm the working class).

“The delusions of hetero-sexism/heteronormativity propagate the idea that heterosexuality is ‘normal’ and that other expressions of sexuality are deviant,” writes Basden.

So it’s not about climate change, it’s about ending the idea that heterosexuality is the default biological breeding setting for humankind.

Just for good measure, at the end of the article, Basden admits that he has been harassing his own family to send reparations to black families in America who share the same name to compensate for his white guilt over slavery.

As we highlighted earlier, the general public has vehemently rejected Extinction Rebellion, culminating in an incident today where posh climate protesters were dragged from the roof of a train by angry commuters furious at being delayed.