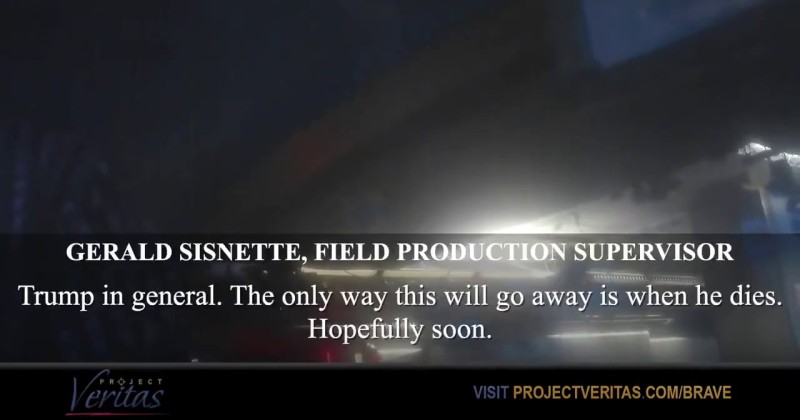 A CNN supervisor was caught on tape wishing for President Donald Trump’s death, commenting that it will happen “hopefully soon.”

The footage was released by Project Veritas as part of their ongoing exposé of the network thanked to leaked recordings from an insider.

In the clip, CNN Field Production Supervisor Gerald Cisnette is discussing CNN’s obsession with covering Trump all the time, remarking, “This is a story that’s not gonna go away.”

BREAKING: Field Production Supervisor @CNN Gerald Sisnette: “The Only Way This Will Go Away is When He (Trump) Dies. Hopefully Soon.”#ExposeCNN pic.twitter.com/HxzfP6FOTc

“The only way this will go away is when he dies. Hopefully soon,” says Cisnette while laughing.

“Remember when the entire media freaked out of a meme? Here is a CNN wishing for the death of President Trump,” commented Mike Cernovich.

O’Keefe later cited evidence that Twitter was attempting to hide the video by labeling it “sensitive material.”

UNBELIEVABLE: Twitter is saying it is “Sensitive material” to show NEW video of @CNN Production Supervisor saying “The only way This Will Go Away is When (Trump) Dies. Hopefully Soon.”

Earlier today, O’Keefe also released footage of several CNN staffers complaining that the network used to cover real news and is now nothing more than a partisan mouthpiece.

Move over Gary Johnson, there’s a new idiot in town. 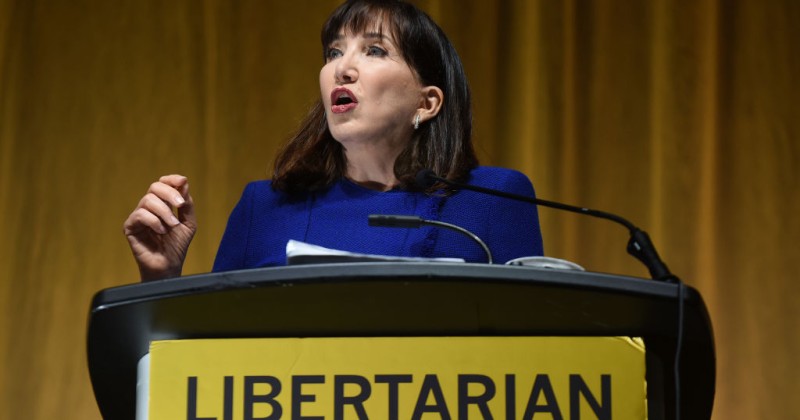 Libertarian Party presidential nominee Jo Jorgensen praised a company for firing an employee who had posted “all lives matter” on her private Facebook page as an example of the free market standing up against “systemic racism.”

During a C-SPAN interview, Jorgensen argued that Rosa Parks was discriminated against because, “what a lot of people don’t realize is that that was a government-owned, government-run bus, and the only way that racism was able to go on for so long was the government was putting it into place.”

She then claimed that it’s harder for private companies to engage in ‘systemic racism’ because they would go out of business, before celebrating the fact that a woman lost her job for posting “all lives matter” on her Facebook page.

“And what I’d like to make note of she wasn’t talking to or wasn’t tweeting a coworker, an employee, a customer, a client, anybody like that, and this was her private Facebook, not the company Facebook, and yet the company said ‘OK, we don’t tolerate that.'”

Maybe someone should point out to Jorgensen that saying “all lives matter” isn’t remotely racist and that disagreeing with this statement is in fact a racist position.

Under her ideal system, woke corporations would feel even more empowered to trample free speech, opening up millions more Americans to be viciously targeted by cancel culture mobs who intimidate and bully companies into policing their employees’ behavior.

Jorgensen also claimed that “private companies cannot discriminate as easily and get off as scot-free as the federal government.”

Presumably she missed the last 4 years of rampant social media censorship, which has overwhelming targeted libertarians and conservatives.

No wonder the Libertarian Party is a national joke.

Jorgensen makes Gary Johnson look like a bastion of logic and credibility. 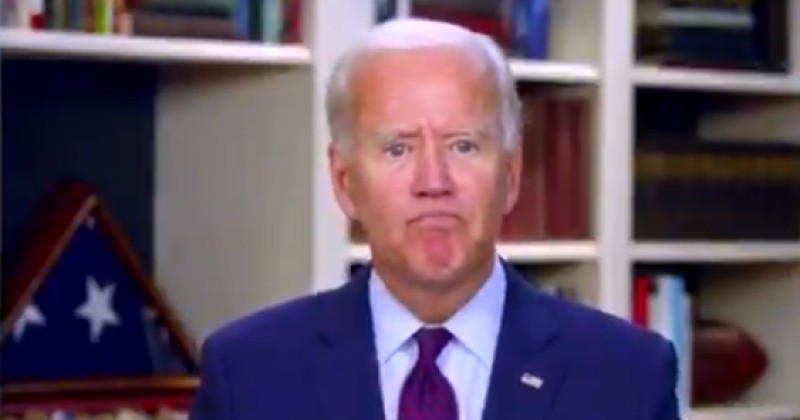 Joe Biden was caught in yet another embarrassing situation during an on camera appearance as he stumbled over his words while asserting that he didn’t need to take a cognitive test.

President Donald Trump has turned Biden’s mental faculties into a campaign issue, prompting condemnation from the media and yet Biden’s own verbal slip ups continue to provide material for such claims.

“No, I haven’t taken a test. Why the hell would I take a test?” responded Biden.

“Why the hell would I take a test?”@JoeBiden scoffs at idea of taking a cognitive test.

Suggests @realDonaldTrump “can’t figure out the difference between an elephant and a lion.”

“Come on man. That’s like saying, before you got in this program, you’re taking a test whether you’re taking cocaine or not. What do you think? Huh? Are you a junkie?,” he added.

Biden then shot himself in the foot yet again by stumbling over the words “my physical and mental” fitness not once but twice.

“I am very willing to let the American public judge my physical and mental phil…my physical as well as my mental phil…fitness,” said Biden, getting it right the third time.

Donald Trump Jr. drew attention to the gaffe, tweeting, “Will someone please make it stop? When does this become elder abuse? It would be sad if it wasn’t so scary that #Biden could actually be in charge of the nuclear football. Wake up America!”

Will someone please make it stop?
When does this become elder abuse?

It would be sad if it wasn’t so scary that #Biden could actually be in charge of the nuclear football. Wake up America!pic.twitter.com/plmNZ8UQMr

Polls show that 38 per cent of American voters think Biden has “some form of dementia,” including one in five Democrats. 61 per cent of voters also think Biden should address the dementia issue publicly.

Poll: 84 Per Cent of Americans Blame Media For Political Divisions in the Country

86 per cent think the press is biased. 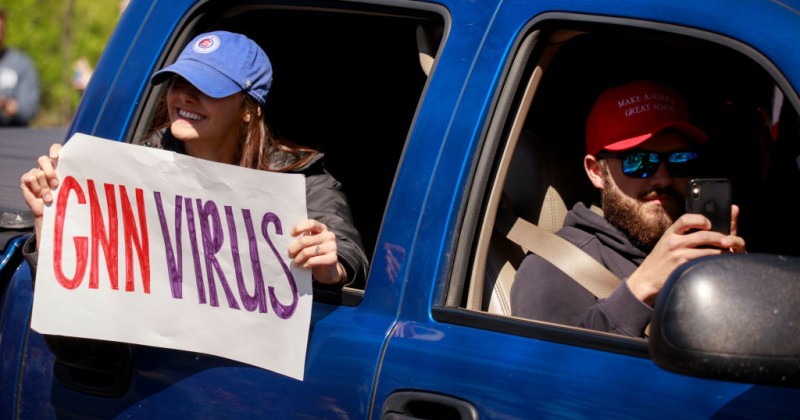 A new poll has found that 84 per cent of Americans blame the media for creating corrosive political divisions in the country.

The Knight Foundation/Gallup poll reveals that 86 per cent of respondents say they see “a great deal” or “a fair amount” of political bias in the media. This compares to 62 per cent who felt the same way back in 2007.

As expected given the media’s left-wing prejudice, Democrats are less concerned than Republicans about media bias, with only 22 per cent having an unfavorable view of the press compared to 75 per cent of Republicans.

“Most Americans have lost confidence in the media to deliver the news objectively,” Knight Foundation Senior Vice President Sam Gill said. “This is corrosive for our democracy.”

As we highlighted yesterday, numerous people who work within the mainstream media are now resigning due to the industry’s flagrant bias and corrosive impact on society.

A veteran TV personality admitted to MSNBC producer Ariana Pekary, “We are a cancer and there is no cure,” adding, “But if you could find a cure, it would change the world.”

Pekary herself resigned because she said that the media does everything to block diversity of thought while promoting hysterical fringe voices for ratings.

New York Times columnist Bari Weiss also resigned last month, asserting she was smeared by her own colleagues as a racist and a Nazi for daring to engage in “wrongthink” by not echoing fringe social justice rhetoric.