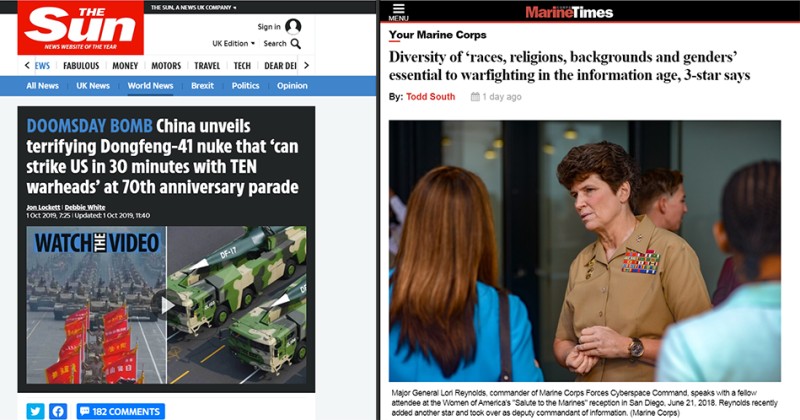 While China unveiled a new ‘doomsday’ nuclear bomb that can “strike the US within 30 minutes with ten warheads,” a top US General declared gender and race “diversity” to be a “warfighting necessity” against the homogeneous forces of China and Russia.

Billed as the “ultimate doomsday weapon,” the fearsome super nuke was displayed during China’s 70th anniversary parade in Tiananmen Square.

“The Dongfeng-41 is a 7,672 mph intercontinental ballistic missile that is said to have the furthest range of any nuclear missile and could reach the US in 30 minutes,” reports the Sun.

“I believe a dramatic mix of talent, of all races, religions, backgrounds and genders will be the difference in the future,” said Reynolds.

She added that promoting diversity was crucial because it was an advantage China and Russia do not hold. 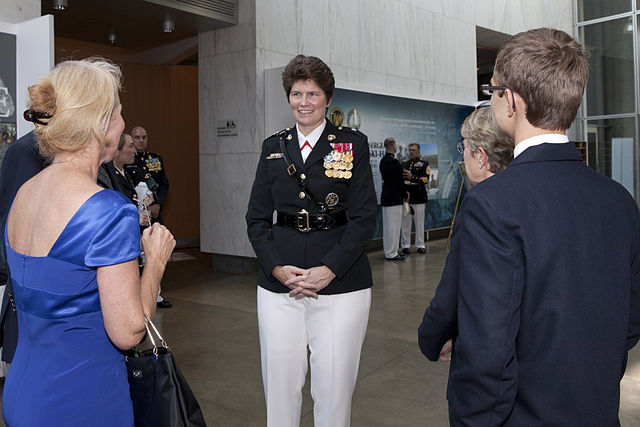 “We must talk about diversity as a warfighting necessity and tonight I’m declaring it essential to the information environment,” Reynolds said.

I for one welcome our future Chinese overlords with open arms.

.@GenDaveGoldfein: "Celebration of #diversity and making sure we understand the flesh colored band aids is not about being politically correct, it's a warfighting imperative." pic.twitter.com/3qOhaLauxw