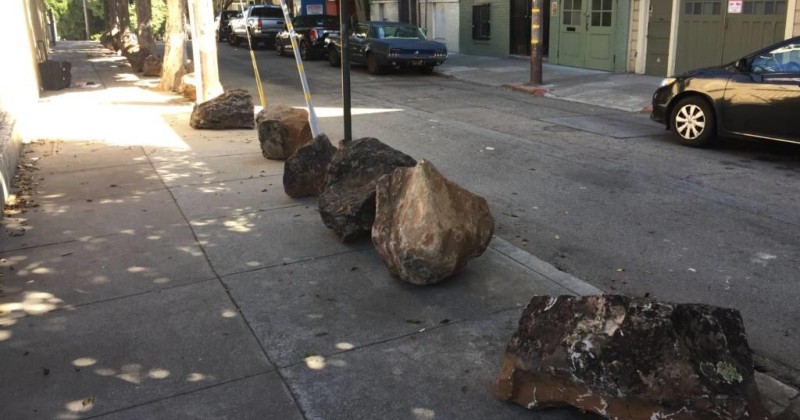 A group of residents in San Francisco have installed anti-homeless boulders on the sidewalk in a seemingly vein effort to reduce spiraling drug dealing and criminality in their neighborhood.

Neighbors in the Mission Dolores area raised $2000 dollars to fund the two dozen boulders, which are intended to stop homeless people camping out along their block.

“They’ll shoot up and stay overnight,” resident David Smith-Tan told KTVU, adding “A bunch of my neighbors, we all chipped in a few hundred dollars and I guess this is what they came up with.”

Another resident told the San Francisco Chronicle that drug dealing has “definitely gotten worse” in the past two years.

However, upon hearing about the placement of the boulders, artist Danielle Baskin began trying to sell them on Craigslist for free. The ad was later removed by the company.

Some neighbors pooled together $2000 to dump 24 boulders into the sidewalk as a form of “anti-homeless decoration”.

The city won’t remove them, so I put their rocks on the Craigslist free section. pic.twitter.com/yv5fsfodJ4

The boulders don’t seem to have deterred the homeless, who are simply camping in between them.

“What I had noticed is the campers are still squeezing it in here … Then it forces people to walk all the way around the sidewalk,” said Audrey Soule.

Some of the boulders also had to be hoisted back onto the sidewalk after they were pushed onto the road. 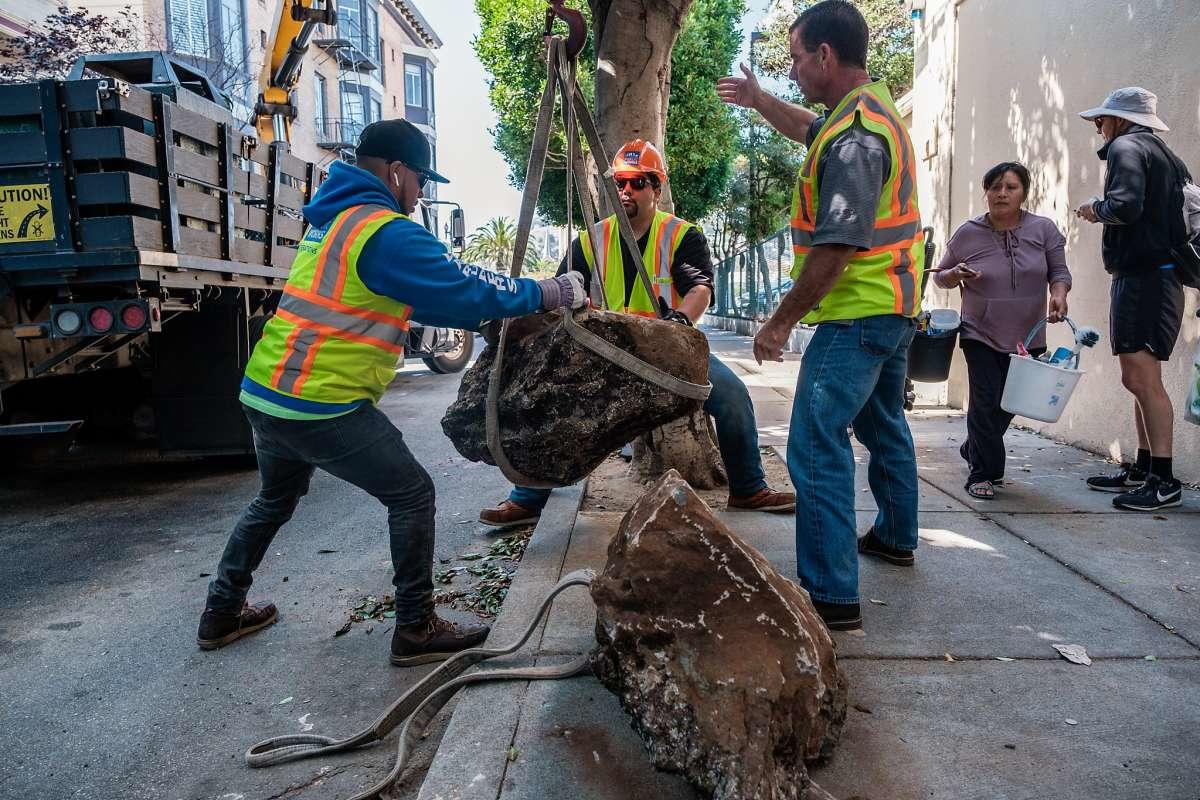