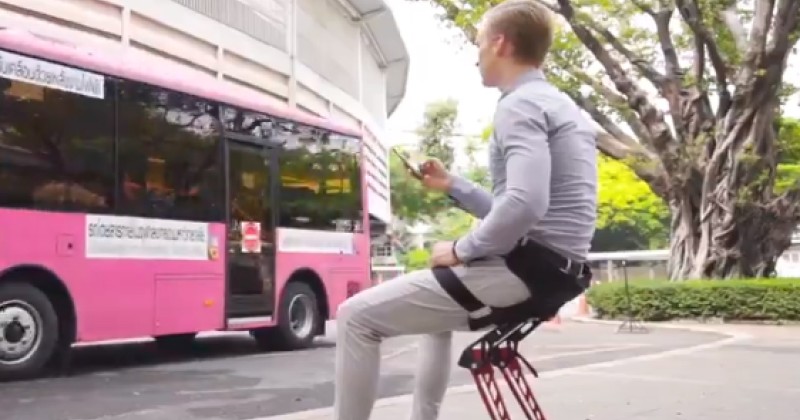 Humans are now so permanently sedentary, a company has developed a “wearable chair” that lets you sit down anywhere.

The chair appears to be about as comfortable as a squatty potty and looks absolutely ridiculous, but it lets you stare at your phone in a slightly more convenient way than standing up.

This wearable chair could change how we work and travel pic.twitter.com/KO8QoUcrut

The chair, which is called LEX and costs $186 dollars, can only support up to 265 pounds of weight, so obese lazy people who are most likely to want to use it won’t be able to.

The creators say the chair will “change how we use our workspace,” meaning you will no longer have to be physically located in your slave pod as you toil away for a faceless transnational corporation.

But hey, given that our future is living in reclaimed sewer pipes because no one can afford actual houses, maybe the wearable chair will become a practical space-saving utility item.

“I feel like they’re trying to make wall-e a reality,” commented one.

“I think in the next version it will come with an attached toilet,” remarked another.

“Perfect for lazy fucks who don’t want to stand and increase lethargic tendencies,” said another.

what a wonderful future https://t.co/NLg52Fifym

Learn Who Sold Their Soul To Satan

Just like his presidency, Biden appears to be at the wheel, but he isn’t really driving 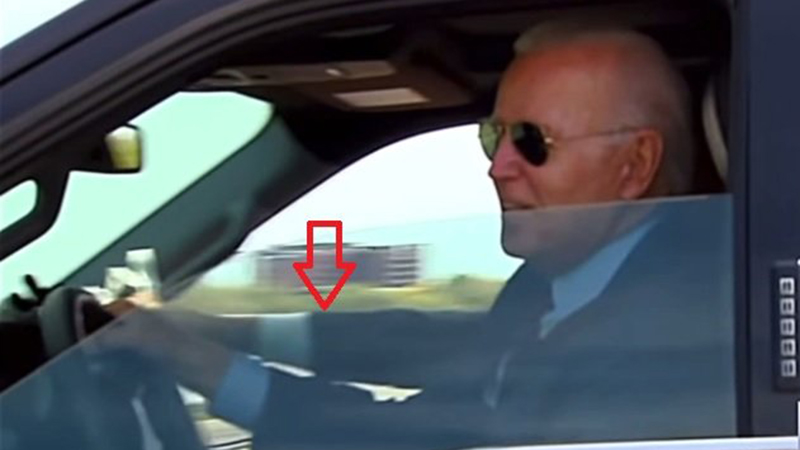 Yesterday reporters laughed at Joe Biden for ‘joking’ about running them over in a new Ford pickup truck, but it has now been suggested that the President appears to have been ‘fake driving’ the truck and that the whole thing was a weird PR stunt.

Biden was filmed and photographed driving the new electric F-150 truck from Ford, after having given a speech about the need to move to electric vehicles (Biden has helped sell off a huge swathe of this sector of the industry to China).

But was he really driving the truck?

I’ve seen this one and it has two steering wheels. pic.twitter.com/BhnY0GncDG

The Gateway Pundit highlighted the weirdness in the video:

Twitter users pointed out what a perfect analogy this is for Biden’s presidency:

He’s sitting at the Wheel but he isn’t really driving.