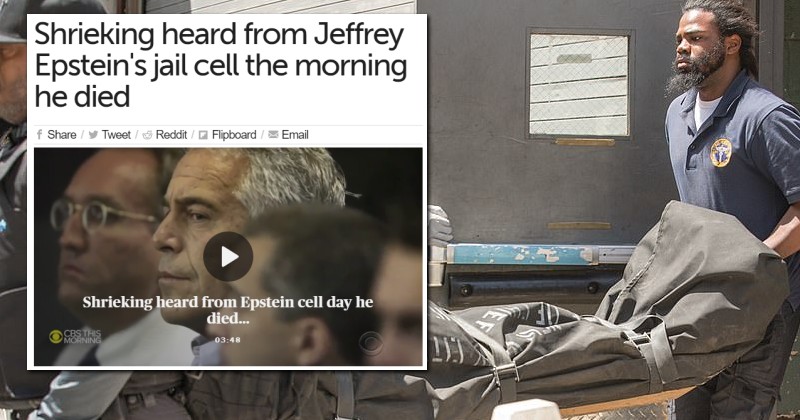 Shrieking and shouting was heard from Jeffrey Epstein’s cell on the morning he died, while one of Epstein’s guards at the Metropolitan Correctional Center was not a regular corrections officer.

“On the morning of Jeffrey Epstein’s death there was shouting and shrieking from his jail cell,” reports CBS News. “Corrections officers attempted to revive him while saying “breathe, Epstein, breathe.”

One of the guards assigned to Epstein at the time was also not a “regular corrections officer” at the Metropolitan Correctional Center, according to the report.

Journalist Tim Pool even speculated that “breathe, breathe” could have been shouted as a cover for those same individuals actually murdering Epstein.

“I’m imagining two guys strangling Epstein while leaning out so that other inmates can hear them, ‘Breathe! Oh no he’s choking” Breathe!’ And they’re strangling him like in a sleeper hold,” said Pool.

Pool also noted that the CBS News report contradicts another report out of NBC News which claims that a nearby inmate heard nothing when Epstein died.

As we reported earlier, Epstein is said to have hanged himself using bedsheets, although a former inmate at the same facility this would have been impossible because they’re not much stronger than paper.

Electronics Were Removed From Epstein’s ‘Pedo Island’ Before FBI Raid