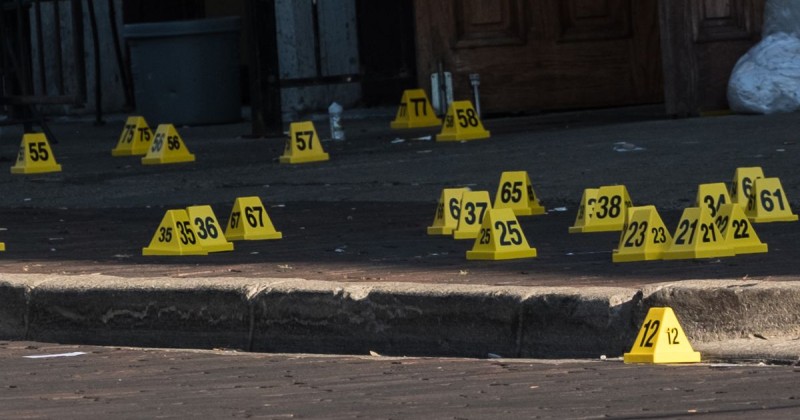 In a nation afflicted by fads, crazes, manias, and rages, mass murder is the jackpot for nihilists – begging the question: why does this country produce so many of them?

Answer: this is exactly what you get in a culture where anything goes and nothing matters. Extract all the meaning and purpose from being here on earth, and erase as many boundaries as you can from custom and behavior, and watch what happens, especially among young men trained on video slaughter games.

For many, there is no armature left to hang a life on, no communities, no fathers, no mentors, no initiations into personal responsibility, no daily organizing principles, no instruction in useful trades, no productive activities, no opportunities for love and affection, and no way out. This abyss of missing social relations is made worse by the everyday physical settings for everyday lives based on nothing: the wilderness of parking lots that America has turned itself into. Such is the compelling myth of the New World as a wilderness that we obliged ourselves to re-enact it, minus nature, including human nature, especially what may be noble and sacred about human nature.

The wonder is that the way we live these days hasn’t turned more people into homicidal maniacs, considering how many are out there feeling bad in this grotesque landscape of incessant motoring, vivid purposelessness, and lost aspiration — unless these bloody skirmishes are the precursor to some more general outbreak of murderous havoc. It’s not hard these days to imagine the political animus ratcheting up to something like a new civil war. If it works out that way, it will be the most psychologically confused political event of modern history.

The Walmart is the perfect setting for these ceremonies of nihilist wrath. The sheer size of these places makes the “consumers” inside feel small, and informs them that they are at the mercy of colossal forces for their pitiful daily needs, their Hot Pockets, their disposable diapers, their roach spray. The shooter is just a momentary concentration of everything else grinding the dignity and meaning out of American lives. The bad karma in these dynamics compels some periodic release. Cue some young man jacked on his own hormones and a comic book conception of human power relations.

I’m not persuaded that a ban on gun sales will do anything to prevent more of these deadly episodes because there are already too many firearms loose in America. But it is probably necessary to make some kind of statement, say a ban on military-type weapons, and I rather expect that will happen. But the political process of recognizing what really ails this society is mired in bad faith, idiocy, and neuroticism. And the political actors are signaling their ineptitude clearly, which only adds to the sweeping demoralization of everybody else.

We await a restructuring of American life into real communities of people working together at things that matter, and it will require the demise of the things that have worked so hard to destroy all that, namely, the tyranny of the giants, the town-killing Walmarts, the suffocating monster of government, the media manipulators of reality, the too-big-to-fail banks. The people alone won’t loosen the grip of these monsters and, honestly, they lack the will to even imagine life without all that.

But history onrushing will do it for them, first in the form of a financial fiasco that upsets the meaning of what “money” is, and all the instruments calibrated in it; and then with an economic collapse of supply lines and activities that we can’t afford to carry on anymore.

The people may have to be dragged kicking and screaming into that new disposition of things, just because it’s so hard to let go of what you’re used to. Something like this appears to be underway now in global business and markets. For a while, it will only add to the confusion. Clarity is a lagging effect.

Survey: Almost a Quarter of Millennials Say They Have No Friends

Poll: 89 Per Cent of UK Gen-Zers Say Their Lives Are “Meaningless” 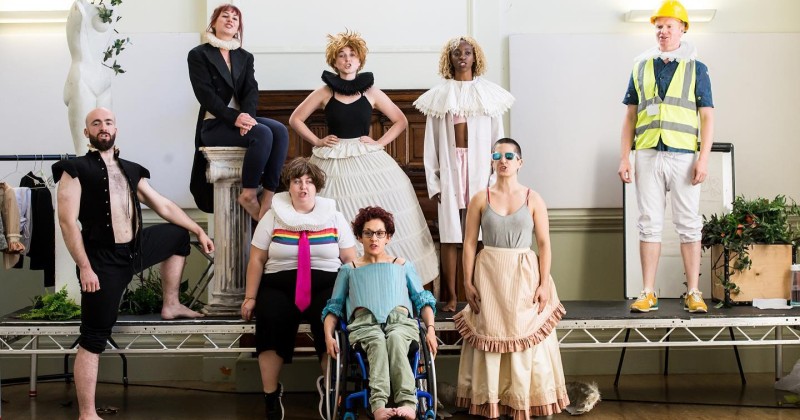 “And you all are selling hope?” 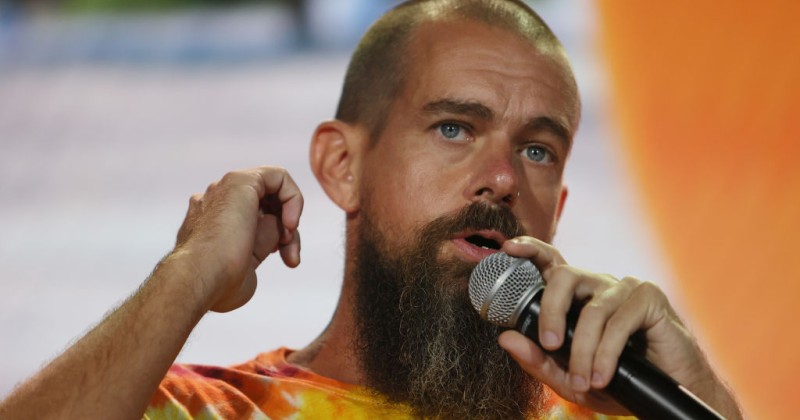 A mask off Jack Dorsey went after CNN in a series of tweets in which the Twitter founder accused the legacy media network of deliberately creating division in society.

“And you all are selling hope?” Dorsey responded.

and you all are selling hope?

“They’re selling truth, which is hope-agnostic,” Democrat pollster Spiers tweeted. “It’s supposed to inform you, not make you feel some kind of way.”

However, Dorsey wasn’t having any of it and quickly shot back, “I know this from being on the streets of Ferguson during the protests and watching them try to create conflict and film it causing the protestors to chant “fuck CNN.”

When Dorsey was accused of “defending Tucker Carlson” (oh no, the horror), the Twitter founder responded that he was “not defending a thing” and simply “holding up a mirror.”

not defending a thing. holding up a mirror

Dorsey has been more vocal than ever before in recent days following the Twitter board, which he is about to step down from, desperately attempting to stop Elon Musk buying the platform.

On Saturday, Dorsey said the board’s attempt to block the takeover is typical of tactics that have “consistently been the dysfunction of the company.”

It’s very apparent that Dorsey has had a moral awakening in recent years in which he realizes how the regime has fully seized control of Twitter and weaponized it to monopolize truth and silence dissenting voices.

“It is we ourselves who voluntarily erase our culture.” 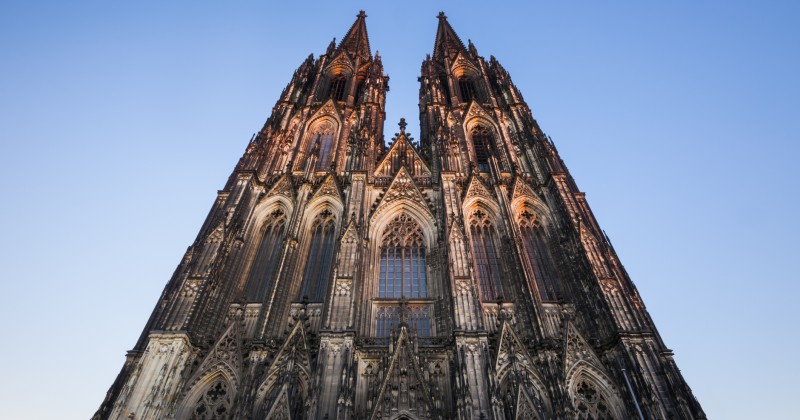 In another sign of national identity being erased, the city of Cologne in Germany is set to remove the symbol of its iconic cathedral tower from official material because it is too “old-fashioned.”

Cologne Cathedral, a designated World Heritage Site, is Germany’s most visited landmark and is the largest Gothic cathedral in Northern Europe.

But that hasn’t protected it from the ravages of progressivism.

City officials paid a consultancy firm to commission a “market analysis” into the logo, which found it to be “old-fashioned, bulky and emotionless.”

The city argued that the old design “does not do justice to the character of a livable, highly attractive metropolis in comparison to other European metropolises.”

The decision to ditch the logo from official letterheads, work clothes and other official signage has prompted a substantial outcry.

“The mayor removes the Cologne Cathedral from the city logo because it is ‘old-fashioned.’ Nobody conquers our country. It is we ourselves who voluntarily erase our culture. We create a vacuum that others are happy to fill,” tweeted Alternative for Germany’s Beatrix von Storch, the deputy parliamentary leader of the party.

The president of the German-Hungarian Society, Gerhard Papke, compared the erasure of the cathedral to the treatment of Muslims in Cologne, who were recently given permission to broadcast the call to prayer.

“The decision in Cologne to remove the cathedral from the city’s logo should not come as a surprise, since mosques were recently expressly allowed to call the muezzin,” he tweeted.

Many feel the removal of the logo is part of the process of Germany becoming “culturally enriched” and feeling ashamed of its own heritage.

As we highlighted earlier this year, Germany’s CDU political party is considering dropping the word ‘Christian’ from its name in order to appeal to a more diverse demographic.

Last year, then German Chancellor Angela Merkel was forced to admit that her 2015 decision to allow a million migrants to enter the country had led to some “dreadful incidents, like what happened on New Year’s Eve in Cologne,” a reference to when North African migrants sexually molested and raped around a thousand German women in one night.

Notoriously, feminists in Cologne reacted to the incident by handing out flowers a few days later to migrants at the local refugee center.