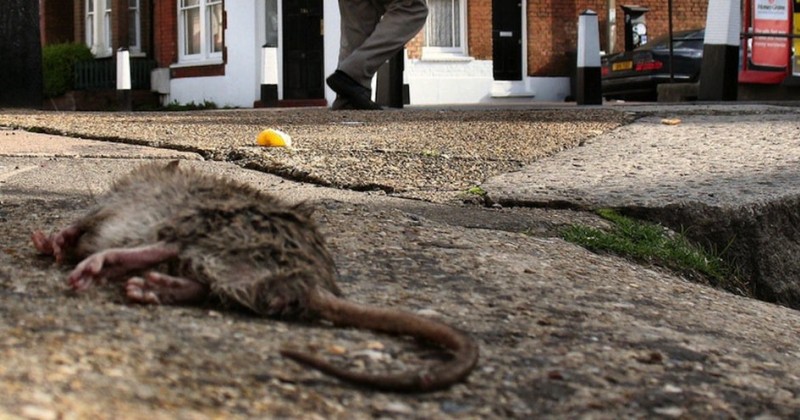 Baltimore’s rat problem is so bad that it is causing roads in the city to collapse, proving President Trump right when he said the city was a “rodent infested mess.”

After being labeled “racist” for calling Elijah Cummings’ Baltimore district a “rat and rodent infested mess,” Trump doubled down earlier today by drawing attention to the city’s crime problem.

“Baltimore, under the leadership of Elijah Cummings, has the worst Crime Statistics in the Nation. 25 years of all talk, no action! So tired of listening to the same old Bull…Next, Reverend Al will show up to complain & protest. Nothing will get done for the people in need. Sad!” he tweeted.

Trump is still getting heat for calling Baltimore “rat infested,” but it was Animal Planet that pointed out the city’s rat problem was so chronic, it is causing roads to collapse.

“Baltimore’s rat problem is bad enough that at one point, rats tunneled so intensely beneath a particular area of pavement that when garbage collectors drove over it, their truck sunk up to its axles,” reported the TV network. “Rats in the vicinity took full advantage of the mishap and swarmed the truck, gorging on the garbage inside.”

The network listed Baltimore number 3 on the “Top 10 Worst Rat Cities in the World.”

Is Animal Planet racist too?

As we previously reported, a series of videos posted to Twitter by Kimberly Klacik of the Baltimore County Republican Central Committee (an African-American woman) validate Trump’s argument.

Baltimore Mayor Catherine Pugh also commented on the city’s rodent issue during a 2018 of Elijah Cummings’ district when she remarked, “What the hell – we should just take all this shit down. Ooh, you can smell the rats.”

Trump is Right About Baltimore