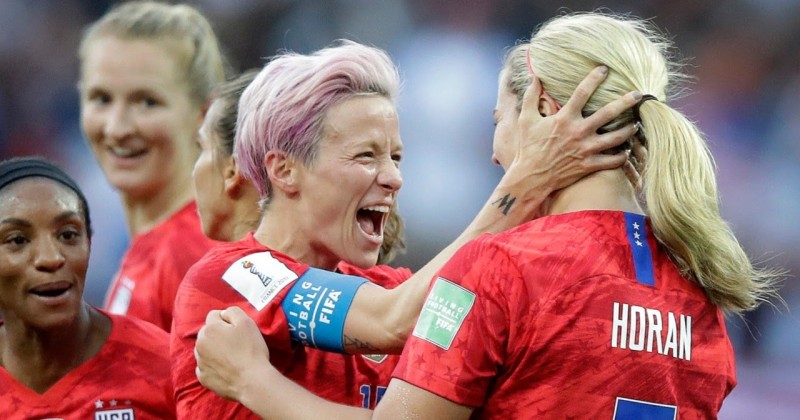 For the past month, the media has also pushed the narrative that female soccer players, despite being obviously inferior to men (a team of under-15 boys beat the U.S. women’s professional team 5-2), should be paid the same.

But the numbers just don’t back it up.

The media may have attempted to socially engineer people to embrace women’s soccer by shoving it down our throats every 5 minutes, but people just aren’t interested to anywhere near the level of the men’s game.

I agree that the US women’s soccer team should be paid as much as the men after their World Cup victory.

But the team that should get paid the most is this bunch of 14-year-old boys. pic.twitter.com/cGkDsLInEc

Nobody is saying that women shouldn’t be encouraged to play sports and celebrated when they win, but to suggest that the pressure they’re under and the quality they produce on the field is on a par with men is completely absurd.

This is yet another example of how identity politics is being used to bludgeon reality, mathematics and science.

Men are better at sports because they are physically stronger and faster than women and have better spatial awareness.

Shrieking for “equal pay” and refusing to consider basic biology will never change this fact.

Hockey Coach: If You Disrespect the Anthem, “Get the F**k Out Now”