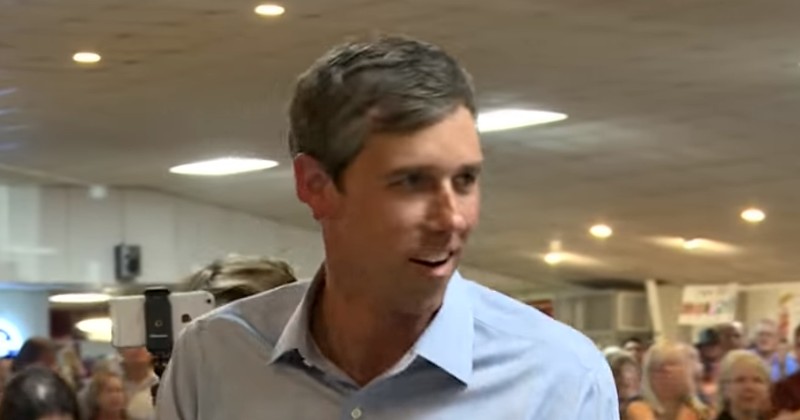 Democratic presidential candidate Beto O’Rourke says he supports Nike’s decision to withdraw a new line of sneakers featuring the Betsy Ross flag over concerns it could cause offense.

Nike issued a special edition of its Air Max 1 brand in anticipation of July 4 featuring the flag under which America’s 13 original colonies were founded 243 years ago. The design features 13 five-pointed stars arranged in a circle on a field of blue alongside 13 white and red bars.

However, the line was withdrawn after Colin Kaepernick convinced Nike that the design may be offensive to black Americans because, “the flag recalls an era when black people were enslaved and….has been appropriated by white nationalist groups,” reported the Associated Press.

“I think its really important to take into account the impression that kind of symbol would have for many of our fellow Americans, respect the decision Nike made and grateful for the conversation (that it is provoking),” O’Rourke told Jewish Insider’s Ben Jacobs.

Beto added that “the version of the flag that was used on Nike shoes in question has by some extremist/white nationalist groups been appropriated.”

The same flag was also “appropriated” by Barack Obama for his inauguration in 2013.

“Nike has a massive contract with the failed football quarterback to help push a social justice narrative, and that’s more important than the freedoms symbolized by the American flag,” writes Victor Skinner.