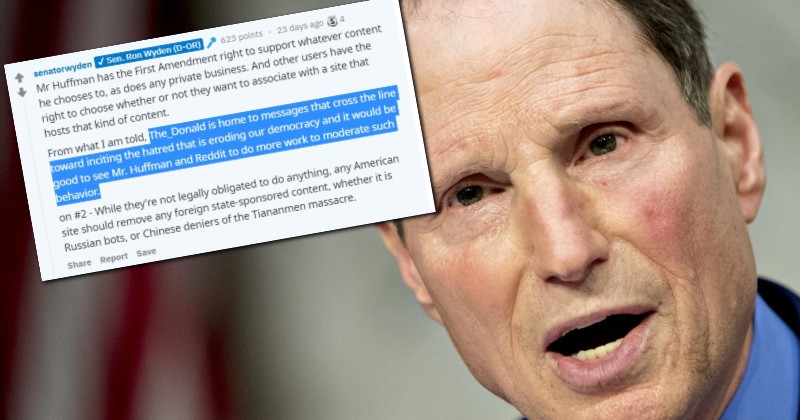 Democratic Senator Ron Wyden pushed for the censorship of ‘the Donald’ subreddit just weeks before it was ‘quarantined’ by Reddit.

As we reported on Wednesday, Reddit quarantined the forum, which is often a pre-cursor to a total ban, claiming that comments inciting violence had not been deleted promptly enough by moderators.

Moderators hit back by claiming they were doing everything to delete comments which broke TOS as quickly as possible.

Now it has emerged that Wyden pressured Reddit CEO Steve Huffman to censor the Donald by claiming the forum was “inciting the hatred that is eroding our democracy”.

The remark was made by Wyden during a joint AMA (Ask Me Anything) with Huffman on June 5.

Wyden followed up by saying, “it would be good to see Mr. Huffman and Reddit to do more work to moderate such behavior”. 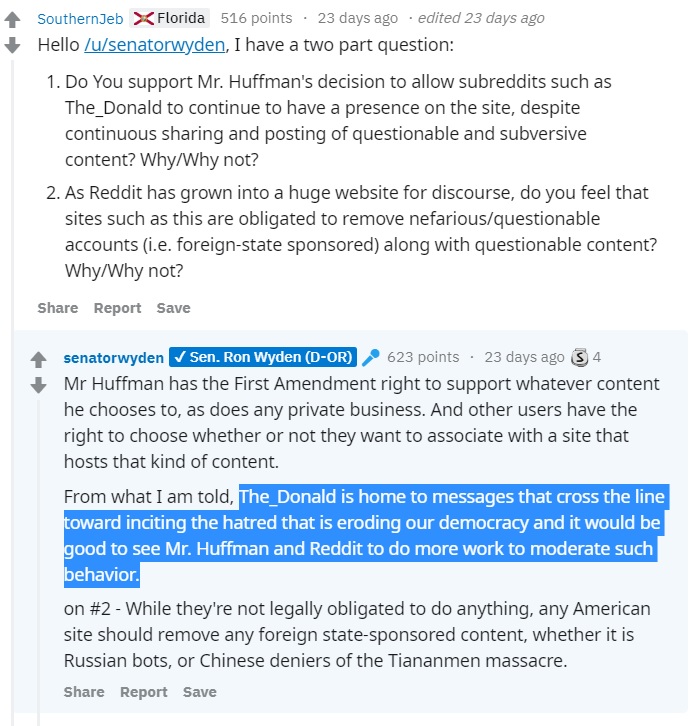 Huffman responded by asserting that the Donald was being watched closely and that Reddit takes “cues from the government when we think about our policies”.

The Donald was put in quarantine three weeks later.

The fact that Democratic lawmakers were calling for the Donald to be censored before it happened mirrors what happened to Infowars before it was deplatformed by Big Tech last year.

The Donald is a hugely influential Internet forum with around 767,000 subscribers

A 2018 study by researchers at University College London found that the most “effectively spread memes” originated on r/the_donald.