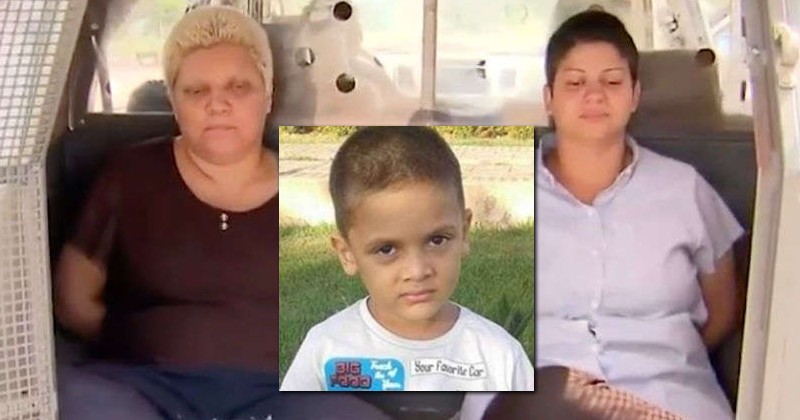 Ghastly new details have emerged about the tragic case of the Brazilian boy who was subjected to forced ‘gender re-assignment surgery’ by a lesbian couple who later beheaded him.

As we previously reported, 9-year-old Rhuan Maycon was murdered by his mother, Rosana da Silva Candido, and her partner Kacyla Damasceno Pessao on May 31st.

Maycon had been suffering for a year as a result of a botched gender re-assignment operation performed by the pair with no medical supervision after his mother decided he “wanted to become a girl”.

Following the arrest of the couple, macabre new details about exactly what they did to the poor victim have emerged.

Candido and Pessao are accused of “ripping off” the boy’s penis before allegedly sewing “a fake female sex organ onto the body because he ‘wanted to be a girl’ before scraping the boy’s skin off his face.”

After Candido stabbed her son a dozen times the pair tried to gouge out his eyes with a knife. The boy was eventually beheaded by Candido “because he reminded her of father, who allegedly abused her,” according to reports.

The mother ran away with the boy 5 years ago after his father lost custody and attempted to impose her warped ideology on him using the most brutal methods imaginable.

After failing to burn the boy’s body on a BBQ, the pair hastily stuffed his remains in a suitcase and dumped them in a sewer.

“She killed her son, quartered, decapitated, plucked the skin and tried to get rid of the body. It was a very terrible case,” Police chief Guilherme Melo told O Tempo.

Study: Only 3% of Straight People Are Willing to Date a Transgender Person