Activist group “The Sum Of Us” has successfully forced Mastercard to hold a vote that would see the creation of a “human rights committee” to oversee who uses the Mastercard service.

The goal of the leftist activist group is to shut down access for ‘far right’ groups as well as politicians and activists. They stress that stopping to flow of income will stop people they do not agree with.

This may be the most dramatic escalation in the Culture War we have seen yet, the targeting of major financial institutions to shut down opposition. While it sounds noble to ban certain groups we do not like it won’t end there. Massive multi national corporations should not have the right to sever access to basic services based on bad opinions.

Far left social justice activists have pushed for restrictions and censorship and this news marks the most dramatic escalation we have seen yet.

It’s sunk to negative 27 per cent. 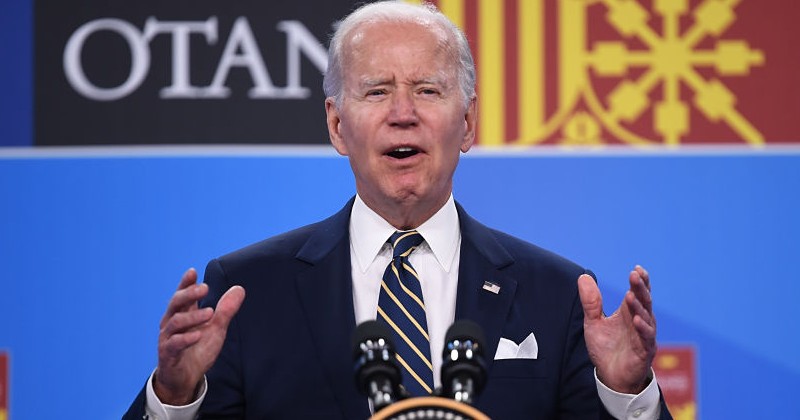 As Americans celebrate July the 4th, a new poll shows that President Biden’s job approval has sunk to its lowest level ever.

A CIVIQS rolling job-approval average shows that 18 months into his term, Biden’s job approval stands at just 30 per cent, while 57 per cent disapprove of the job he is doing.

With 12 per cent of participants refusing to be drawn on whether they approve or disapprove of Biden, his overall net job approval now stands at negative 27 per cent.

The figure marks Biden’s worst job approval since becoming president, and he is now underwater in 48 states, with only voters in Hawaii and Vermont showing more approval than disapproval.

Having stood at 34 per cent in May, Biden’s job approval has sunk by a further four percentage points, with only 19 per cent of Independents approving of him, and 67 per cent showing disapproval. 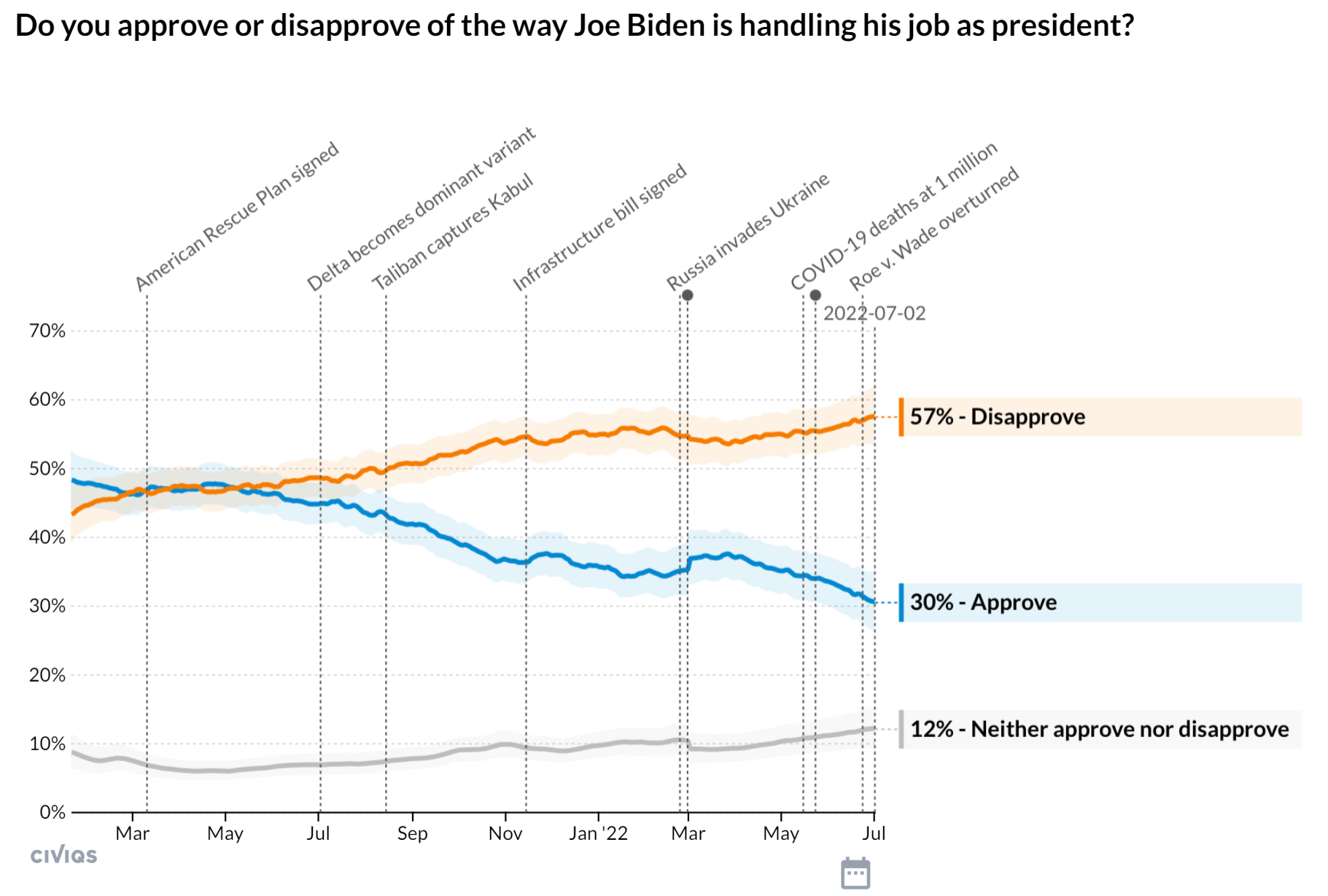 Biden’s popularity hasn’t been helped by his endless verbal slip-ups, which have left many Americans concerned about his mental faculties.

However, the most damaging aspect of his presidency has undoubtedly been his failure to deal with a cost of living crisis which has seen inflation soar and gas prices hit new records.

“The banana Republicans who are saying that what happened on January 6th was nothing or OK are undermining the basic credibility of our country’s institutions and that in turn feeds through, uh, for inflation,” said Summers.

A recent Rasmussen poll found that a pathetic 11 per cent of Americans believed Biden’s rhetoric that Vladimir Putin was to blame for high gas prices.

As we previously highlighted, Donald Trump could be set to announce his candidacy at some point this month, with polls showing him far ahead of any other Republican competitors. 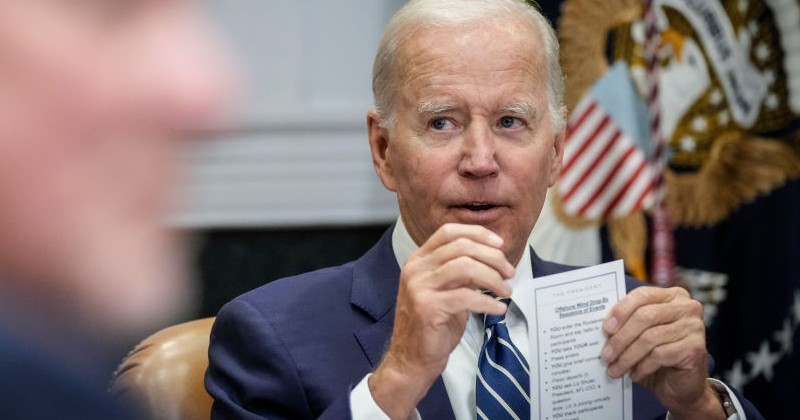