A Muslim convert radicalized by left-wing rhetoric planned to bomb a right-wing rally and cause “as many casualties as possible” in revenge for the Christchurch mosque massacre.

Authorities say 26-year-old US Army veteran Mark Domingo planned to build and detonate a weapon of mass destruction at the rally in Long Beach. He also considered other targets, including Jewish people, churches and police officers.

Domingo also told undercover FBI agents that he was contemplating a Las Vegas massacre-style attack on Santa Monica Pier at the height of summer.

“America needs another Vegas event” in order to “give them a taste of the terror they gladly spread all over the world,” wrote Domingo.

Domingo had expressed support online for violent jihad and wanted to become a “martyr,” according to authorities.

During a meeting with an FBI agent posing as an accomplice, Domingo said he wanted a device that could kill at least 50 people and arrived at the meeting with an AK-47-style rifle to show he was “serious” about his plans.

Domingo visited the site of the Long Beach rally and told authorities he was in the process of constructing a nail bomb that would be remotely detonated.

“Domingo said he specifically bought three-inch nails because they would be long enough to penetrate the human body and puncture internal organs,” the affidavit says.

“This investigation successfully disrupted a very real threat posed by a trained combat soldier who repeatedly stated he wanted to cause the maximum number of casualties,” said federal prosecutor Nick Hanna.

This story proves once again that the entire “punch a Nazi” narrative that the left has pushed for the last three years is radicalizing potential terrorists.

All political violence must be denounced in equal measure, no matter who the perpetrators or the targets.

Paris: Islamist Bus Driver Refuses to Pick Up Woman Because of Short Skirt 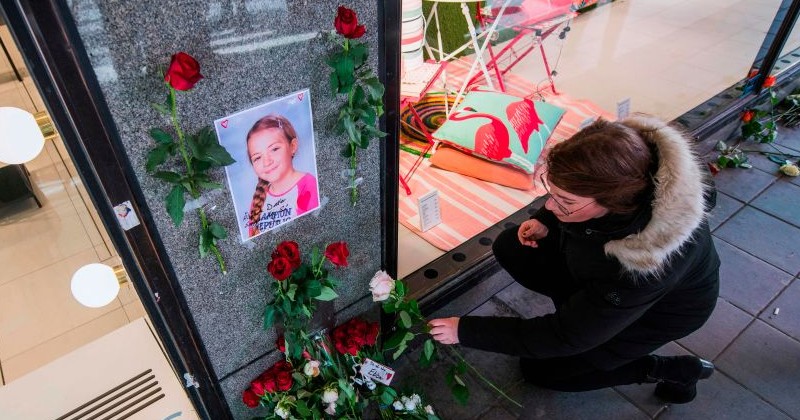 The father of Ebba Åkerlund, the 11-year-old Swedish girl killed during an Islamic terror attack in 2017, says her grave in Stockholm has been desecrated over 100 times.

Åkerlund was dismembered and killed when Islamic migrant terrorist Rakhmat Akilov drove a truck through a shopping street on April 7th, 2017, killing five people and seriously injuring 14 others.

The culprit, 37-year-old Rakhmat Akilov, was a rejected asylum seeker from Uzbekistan.

Since her death, Ebba’s father Stefan Åkerlund has visited her grave every day at 10am to say good morning and every evening at 6pm to say goodnight.

However, after another act of desecration this week, Åkerlund says his daughter’s grave at the Adolf Fredrik cemetery in central Stockholm has been vandalized over 100 times.

“You get sad when you come here and see that someone, either just vandalized or also stole,” he told Nyheter24, noting that in the latest incident flowers he left to mark Ebba’s birthday had been overturned, a glass lantern smashed and other items stolen.

Åkerlund has been calling for surveillance cameras to be set up to catch the culprits but has so far been ignored.

“It doesn’t matter if it’s only x hours a day that the camera works, it’s enough if there are camera surveillance images, I think it helps,” he said.

During on such desecration in 2018, Åkerlund caught the culprit, an illegal immigrant, in the act of desecrating Ebba’s grave.

“I personally caught him in the act of desecration, when he was pouring [candle wax] on Ebba’s grave; the police released him after only one hour in custody,” he said, adding, “That’s what my nightly visits to the graveyard were worth.”

This includes a rash of shootings that officials say have left the capital “unrecognizable,” historic churches being firebombed and regular violent riots staged by migrant youths.

Having been one of the safest countries in Europe 20 years ago before mass uncontrolled immigration, Sweden is now the continent’s second most dangerous in terms of gun crime behind only Croatia.

Shootings in Sweden hit a record high last year as authorities are increasingly unable to contain migrant gang crime. There were 46 homicides committed in 335 shootings across the country, with most of them occurring in the migrant hotspots of Malmö, Gothenburg, and Stockholm.

Last month, we highlighted the comments of left-wing Swedish Prime Minister Magdalena Andersson, who admitted that the country has failed in its bid to integrate large numbers of migrants.

Ukrainian women in Sweden have been warned not to dress in a way that could “provoke” Muslim men.

Seems that when the west imported all those female Ukrainian refugees, it also imported a bunch of Islamophobic bigots. 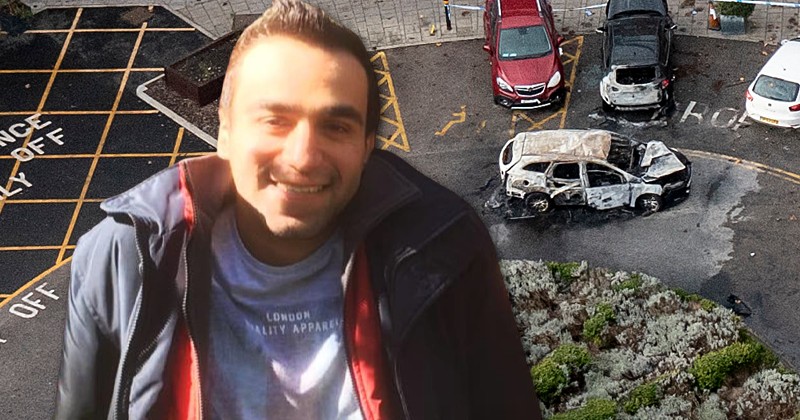