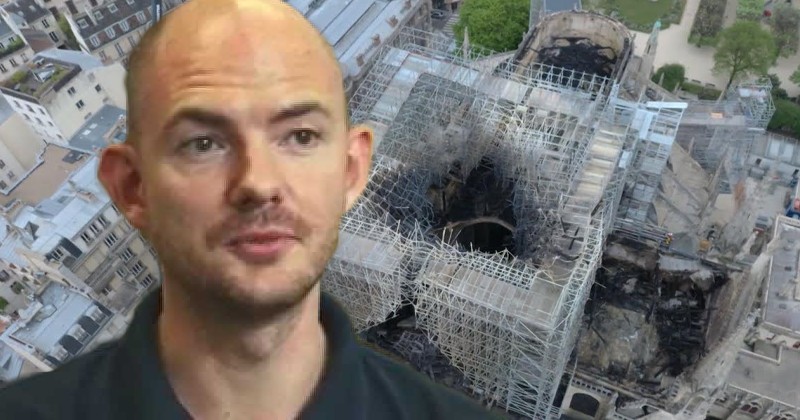 An architecture expert has called for Notre Dame’s fallen spire to be replaced with an Islamic minaret as an apology to Algerian Muslims killed by French police.

Writing in Domus, Tom Wilkinson, history editor of the Architectural Review, argues that the rebuild is an opportunity to communicate a message of political correctness.

“I can’t say I ever thought it the most beautiful cathedral in the world,” writes Wilkinson, before going on to slam Eugène Viollet-le-Duc, the cathedral’s 19th century restorer, accusing him of “utterly unforgettable fantasies of structural engineering”.

He goes on to call for the rebuild to reflect “a more up-to-date form of political truth,” which could include “transforming Notre-Dame into a memorial to the generations of peasants who were exploited to fund it.”

According to Wilkinson, it could also include replacing the church’s perished 200 year old spire with an Islamic minaret.

My Modest Proposal for the spire of Notre Dame: replace it with a minaret https://t.co/6EsiVNuZpY

“What about the approximately 100 Algerians who were killed by the French police while protesting the Algerian War in 1961, many of them thrown into the Seine at the foot of Notre-Dame?” he writes.

“These victims of the state could be memorialised by replacing Viollet-le-Duc’s flèche with – why not? – a graceful minaret.”

A minaret is a tower built next to a mosque that is normally used to broadcast the Islamic call to prayer.

As I document in the video below, while Wilkinson’s proposal is unlikely to be taken seriously, top architects and President Macron himself have called for the rebuild of Notre Dame to reflect the country’s new “diversity”.

Those who prayed for Notre Dame to be rescued from the fires that nearly destroyed it should keep praying because the threat posed by modernist architects may be substantially greater.

Cause of Notre Dame Fire Remains a Mystery

Notre Dame is About to be Ruined by Modernist Architects

Let’s Check In On Modern Art