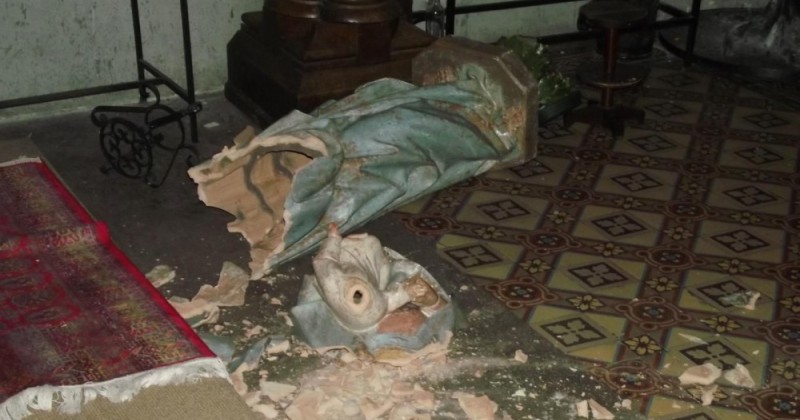 French journalist Maxime Lepante warns that France’s history is “in the process of burning down” as a result of two churches being vandalized every day and that political and religious leaders don’t “give a f*ck.”

Lepante highlighted recently released statistics that show there were 1062 anti-Christian acts in 2018, compared to just 100 anti-Muslim acts. Throughout 2018, no less than 875 churches in France were targeted.

'The pride of our history is burning & and I accuse all the quislings of being responsible'https://t.co/CTINpaE2lE pic.twitter.com/YDjwuoPRzb

Lepante then pointed out that the Notre Dame cathedral was vandalized a few years ago by feminist protesters who sprayed urine everywhere and that the left’s response was to laugh while the perpetrators were acquitted.

The journalist then cited the story of how a Pakistani migrant who had only been in the country two months caused “extensive damage” to the Basilica of Saint-Denis in Paris.

“I would like to remind you that in the week March 12th-19th, twelve French churches were vandalized,” said Lepante, before citing several examples of how leading leftist figures in France have openly called for the destruction of Paris’ historical buildings and monuments and how political leaders don’t “give a f*ck” about the situation.