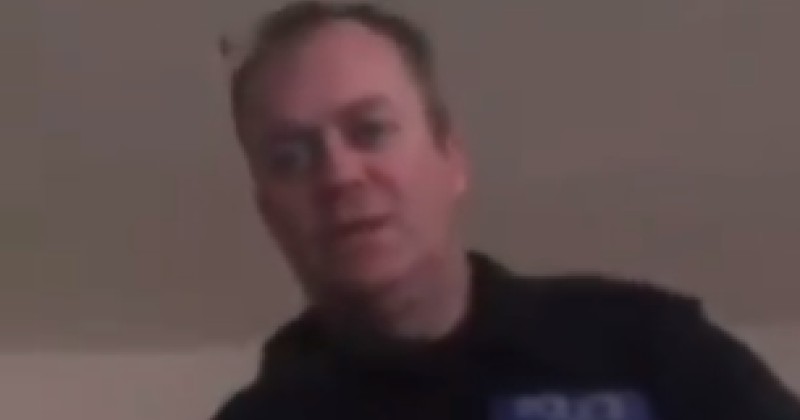 A video out of the UK shows police warning a man for playing “racist music” inside his own home.

“People have complained about you playing racist music from the window,” states the officer in the clip.

“I can do whatever I want in my house,” responds the man.

He then claims that him playing music is no different to the sound of the Muslim call to prayer.

Police call round to Mikeys house this morning because he was playing music that was deemed Racist? ?? pic.twitter.com/2Hv4ywzkgQ

The man then asserts that the police should be doing better things with their time, such as responding to child grooming gangs.

He then accuses the officers of being “on the wrong side of history” as they leave the house.

One of them states, “I think I’ll be seeing you again,” before refusing to give his name.

Earlier this year, we highlighted the story of a man who was investigated by Humberside Police and told to “check” his thinking after he liked a limerick on Twitter which made fun of transgenderism.

53-year-old Harry Miller was told that transgender people might not be safe at his place of work after authorities contacted his boss.

In another example, a 74-year-old woman who wrote a blog in which she stated, “Gender is BS. Pass it on,” received a call from the police.

The mother of a 10-year-old autistic son and a 20 month old baby was also arrested by three police officers in her home for the “crime” of misgendering someone on Twitter.